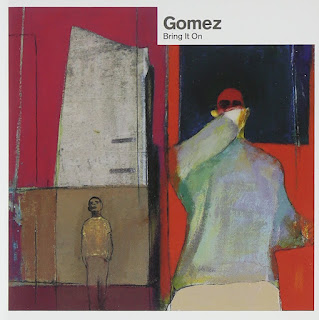 BBC Radio 6 Music listeners have voted for their favourite Mercury Prize winning album to date. And the winner is...


Gomez’s ‘Bring It On’ was voted the favourite Mercury Prize winning album to date by BBC Radio 6 Music listeners in an online vote hosted by the station.

The result is announced ahead of the 25th anniversary Mercury Prize award ceremony which takes place tonight with coverage on BBC Radio 6 Music and BBC Four.

The indie five-piece won the prestigious prize in 1998 beating off stiff competition from the likes of The Verve’s ‘Urban Hymns’, Massive Attack’s ‘Mezzanine’, ‘This Is Hardcore’ by Pulp and Catatonia’s ‘International Velvet’.

Making up the Top Five, 6 Music listeners voted ‘Dummy’ by Portishead (1995) their second favourite Mercury Prize winning record, third was Pulp’s ‘Different Class’ (1996), fourth ‘Screamadelica’ by Primal Scream (1992) and fifth was Arctic Monkeys’ ‘Whatever People Say I Am, That's What I'm Not’ (2006).

Nemone, presenter of BBC Radio 6 Music’s live Mercury Prize coverage, said “Cracking choices from the vote, so many great albums to choose from, but these are all stone cold killer. They reflect the current mood for aping the Nineties sound as well, with four of the Top Five falling in that decade. And Gomez’s ‘Bring It On’ is an album that’s endured - can’t believe that was 18 years ago – still sounds ace when you hear it today."

Jeff Smith, Head of Music, BBC Radio 6 Music & BBC Radio 2, and Mercury Prize 2016 judge, added, “For Gomez’s ‘Bring It On’ to win the Mercury Prize in 1998 against such a heavyweight list of nominees that year was a phenomenal achievement, particularly for a debut album. It made a real impact and the band’s music continues to be played on 6 Music and, as winning this vote proves, is still very popular with our audience.”

Gomez are an English indie band, hailing from Southport, whose music spans everything from alternative and rock to blues, folk, psychedelic and experimental. After signing to Hut Records in 1997, they recorded their debut album, ‘Bring It On’, in Liverpool and released it the following year.

The record, which includes the singles ‘78 Stone Wobble’, ‘Get Myself Arrested’ and ‘Whippin’ Piccadilly’, charted at number 11 in the UK Albums Chart and went on to be certified platinum. The band topped off a successful year by scooping the Mercury Prize in September 1998. They have since released a further six albums with their most recent in 2011 entitled ‘Whatever's on Your Mind’. 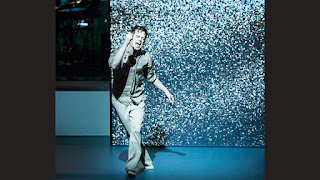 The winner of the 2016 Hyundai Mercury Prize ‘Albums of the Year’ with BBC Music, official UK broadcast partner, will be announced at the award ceremony tonight at London’s Eventim Apollo and will be televised on BBC Four. Actor Michael C Hall, star of TV series Dexter and Six Feet Under, who plays the lead role in David Bowie's musical Lazarus, will open the ceremony with a tribute to the singer by performing the title song from the show, which is also on the Mercury-nominated Bowie album Blackstar. On the night, the 12 nominated albums will be cut down to six finalists, then the winner will be chosen by a public vote.

‘Hopelessness’ by Anohni
‘The Bride’ by Bat for Lashes
‘Blackstar’ by David Bowie
‘Making Time’ by Jamie Woon
‘Made In The Manor’ by Kano
‘The Dreaming Room’ by Laura Mvula
‘Love & Hate’ by Michael Kiwanuka
‘A Moon Shaped Pool’ by Radiohead
‘Adore Life’ by Savages
‘Konnichiwa’ by Skepta
‘I like it when you sleep, for you are so beautiful yet so unaware of it’ by The 1975
‘Channel The Spirits’ by The Comet Is Coming