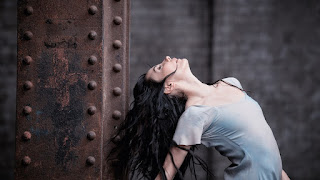 Sky has partnered with the English National Ballet to produce a ground-breaking virtual reality piece inspired by Akram Khan’s Giselle...

By combining a mixture of leading-edge technology, new choreography and the world class talents of ENB’s artistic director and Lead Principal Tamara Rojo, Giselle VR will give audiences the opportunity to experience ballet in an entirely different way.

The two-minute piece, featuring original choreography by Khan, and music by Vincenzo Lamagna, sees Rojo use the 360º space entirely, moving from left to right, forward and back, leaving behind a 3D trail of light and dust which will show the course of her movements.

Neil Graham, Executive Producer of Sky VR Studios, said “Performance – especially dance – and virtual reality are as perfect a combination as Akram Khan and Tamara Rojo. Being able to experience what is sure to be a stunning work in such an immersive way is something that we, as a broadcaster, are very excited about offering to audiences. We hope that in creating this innovative piece that we, and English National Ballet, can give everyone who sees it a bit more insight into the beauty, drama and technical majesty of ballet.”

Choreographer Akram Khan added “I think virtual reality is unchartered territory with immense possibilities. It’s incredibly exciting to have worked with Sky and Factory 42 on Giselle VR, and to plant a small seed, that in future could grow and offer new ways of presenting dance.”

Ahead of the launch of the piece, Sky has released this unique, behind-the-scenes 360º teaser. The full Giselle VR experience will then become one of the first pieces available on Sky’s new VR app, set to launch in October 2016.

If you don't know the story, Giselle is one of a community of migrant garment factory workers (the Outcasts). Dispossessed of their jobs by the factory’s closure, and separated by a high wall from their hopes of livelihood and security, the Outcasts function as little more than exotic entertainment for the factory Landlords.

One of the most anticipated dance events of 2016, English National Ballet presented the world premiere of Akram Khan’s Giselle at the Palace Theatre, Manchester on Tuesday 27th September and the run continues there until Saturday 1st October before embarking on a national tour to The Bristol Hippodrome (18th - 22nd October), The Mayflower Theatre, Southampton (26th - 29th October), and London’s Sadler’s Wells (15th - 19th November). Find out more and book tickets here.

Here's a first look at the ballet performance itself.