News - Don Giovanni at the ENO 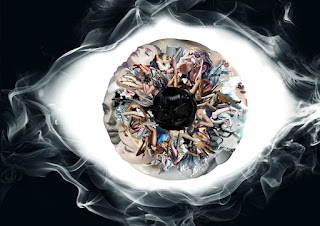 Sex, death and opera unite as award winning director Richard Jones returns to ENO with a new production of Mozart’s Don Giovanni at the end of the month...

Following his five star productions of The Girl of the Golden West and The Mastersingers of Nuremberg, award winning director Richard Jones returns to ENO with a new production of Don Giovanni. These productions alongside Rodelinda won him the 2015 Outstanding Achievement in Opera award while The Mastersingers of Nuremberg (which originated at Welsh National Opera) won Best New Opera Production at the Olivier Awards in 2015.

Don Giovanni is an exhilarating retelling of the legends of Don Juan. Combining comedy and tragedy, it follows Giovanni’s final hours as he lusts his way towards his dramatic demise. Filled with Mozart’s glorious music it includes the famous ‘Catalogue’ aria which details the long list of Giovanni’s lovers.

Director Richard Jones is joined by set designer Paul Steinberg (who created the set for The Mastersingers of Nuremberg), costume design by Nicky Gillibrand (who created the costumes for The Girl of the Golden West), lighting design by Mimi Jordan Sherin (The Girl of the Golden West and The Mastersingers of Nuremberg) and movement direction by Sarah Fahie. Former ENO Music Director Mark Wigglesworth returns to conduct.

A regular collaborator with Richard Jones, British bass-baritone Christopher Purves sings the title role. He last performed with ENO in the UK premiere of Philip Glass’s The Perfect American,where he gave an ‘inspired’ performance (The Guardian). Other notable roles with the Company include Mephistopheles in Terry Gilliam’s five star production of The Damnation of Faust.

British Bass Clive Bayley is Leporello, Don Giovanni’s servant. He most recently performed with the Company in Akhnaten as Aye. Other roles for ENO include Daland in The Flying Dutchman and the Three Villains and Coppelius in The Tales of Hoffmann (both 2012).

Former ENO Harewood Artist and British tenor Allan Clayton returns to ENO to sing Don Ottavio. He last performed with the Company as Tamino in the revival of Simon McBurney’s production ofThe Magic Flute for ENO in February 2016. The Times commented that he ‘sings with guileless beauty and liquid top notes’.

British mezzo-soprano Christine Rice makes her role debut as Donna Elvira. She last performed with ENO as ‘a richly expressive Dorabella’ (Daily Telegraph) in Phelim McDermott’s production of Così fan tutti. Other notable roles for the Company include Marguerite in The Damnation of Faust and Arsace in Partenope.

Former ENO Harewood Artist Mary Bevan sings Zerlina, a role she has previously performed at Garsington Opera. She has performed numerous roles for ENO including Yum-Yum in The Mikado, Despina in Phelim McDermott’s production of Cosí fan tutte, the second niece in David Alden’s critically acclaimed revival of Peter Grimes in 2014 and Papagena in Simon McBurney’s new production of The Magic Flute in 2013.

Celebrated American bass James Creswell is the Commendatore. His previous roles for ENO include Oreveso in Norma, Padre Guardiano in The Force of Destiny, Pogner in Richard Jones’s Olivier Award-winning production of The Mastersingers of Nuremberg and Sarastro in Simon McBurney’s production of The Magic Flute.

The cast is completed by British bass Nicholas Crawley as Masetto. He made his ENO debut as Larkens in Richard Jones’s production of The Girl of the Golden West and also appeared as the Nightwatchman in Jones’s The Mastersingers of Nuremberg.

Don Giovanni opens on Friday 30 September 2016 at 7.00pm for 10 performances – for more information and to book tickets, priced from just £12, please visit www.eno.org