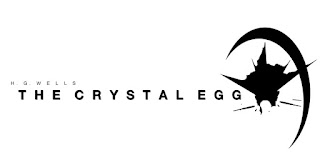 To coincide with HG Wells' 150th birthday yesterday, Old Lamp Entertainment have started crowdfunding to take a very famous prequel to the stage...

Stepping onto the streets of period London, Old Lamp Entertainment will present an adaptation of visionary author H. G. Wells short story ‘The Crystal Egg’. It is considered by many literary experts and fans of the author’s work to be a prequel to the hugely popular ‘The War of the Worlds’.

'The Crystal Egg' tells the story of young Charley Cave. After watching his father dash into the night, Charley is taken in by his uncle Wace, an eccentric old man who with his dysfunctional family, runs a curiosity shop in London's Seven Dials Rookery.

When the lifeless body of his father is found in the river, Charley inherits the sole possession found with that' a small crystal egg. Believing the object to be of immense value, the family plan to sell it quickly and thereby improve their lives. However, one night Wace makes a chance discovery about this seemingly innocent item that threatens to tear the family apart.

Now Charley must uncover the truth about the great threat that now lurks in their midst and the prospect of invasion from the stars.

The crowdfunder is needed because the show wants to fuse multiple art forms in light, sound, performance and video in a multimedia extravaganza along with striking set design, to take audience members on an experience through the sights and sounds of the story and bring them face to face with Wells' creatures of another world. In return for your support they are promising perks ranging from personalised animated messages, signed programmes, stunning merchandise and, of course, that all important ticket to the show among many great rewards. 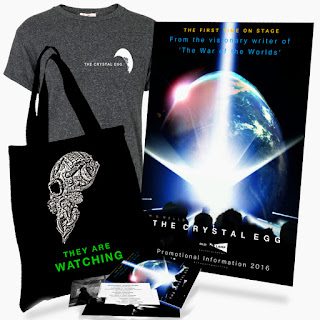 “I’m a huge fan of H. G. Wells’ writing. Ever since watching the 1950's 'War of the Worlds' whilst growing up, the story had a profound effect on me. Wells is skilled at stimulating the imagination; one of the great writers of the early 20th Century. For me, working to create a show inspired by his works is a dream come true. 'War of the Worlds' is culturally significant. With 'The Crystal Egg' we want to open out the story to a whole new generation of people and create an invasion story for the now. The works of Wells are as relevant as ever. In bringing the story to life, we are examining themes of surveillance and greed, whereby we don’t quite know who is watching us or from where."

Since bursting onto the scene in 2011, Old Lamps has continued to grow, with two separate entities dealing in both theatre and film (Old Lamp Films) The company's first film 'The Journey of Alfred Small' debuted online in 2015 to critical and audience acclamation after receiving award nominations for 'Best Ensemble Cast' at the March Los Angeles Independent Film Festival Awards.

Watch the cinematic trailer below then support the CrowdFunder at Phundee.