Review - Voices From The Fuselage 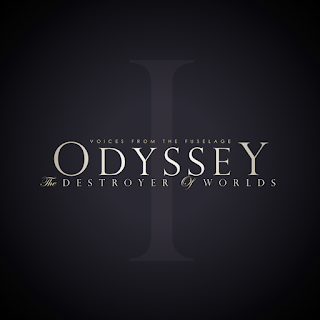 As well as listening to the voices in her head, Susan Omand listens to Voices from the Fuselage and Odyssey: The Destroyer of Worlds...

This is proof that sharing music you enjoy on social media works as a way to spread the word about bands that may not be as well known as they should be. Before yesterday I had never even heard of the band Voices From The Fuselage until they floated into my timeline on the dark side (Facebook) when a friend of mine shared a Soundcloud track of theirs with news that the band had been signed to a new record label, White Star Records. I listened. I liked. I asked if there was an album I could maybe listen to and this was the recommendation, their 2015 album Odyssey: The Destroyer of Worlds.

Before I get into the 10 track album though, here’s what I now know about the band, having done a bit of research. Formed in Northampton in 2010 by ex TesseracT front man Ashe O’Hara, the rest of the line-up comprises guitarists Mitch Ramsay and Josh Galloway, with Scott Lockhart on drums and bassist Dale Gorham providing the backline. Voices from the Fuselage are “a very melodic take on progressive metal, with experimentation in time signatures and melodramatic key changes/chord sequences,” at least according to their Bandcamp page, and the track from the link that was shared by my friend on Facebook certainly bears this out with a highly original sound, blending ambient sounds, lyrical melodies and heavy guitars and drums, that captured my attention.

The news is that, with the band signing to White Star, Odyssey: The Destroyer of Worlds is getting re-released in October on multiple formats, so that was all the reason I needed to give it a review.

Ortus – what an opener! The build up of ambient sound at the start, listened to through a good set of headphones, surrounds and moves through you and then the guitars kick in and those drums! My god, the drumming is a true highlight as an instrument in itself rather than just keeping a regular beat. On top of all that richness, we then get multi-layering of the unique voice of Ashe in very tight harmony and this is a soundscape to be reckoned with.

Inner Child – this is driving heavy metal right from the get go and the originality is kept with small touches like the electronic voices overlaying the melody underneath the main lyric at the start. Again the drumming is something very special and I love the drop off and change in time signatures in the middle creating a totally different feel to the second half of the song only to flip back again near the end.

Fenestra – it’s the grumbling bass in this track that catches me and, again, the changes in tempo and feel throughout the track, going from a vocal that is almost Lady Antebellum in simple lyrical style, through to Evanescence style layered richness of voice, guitars and those drums again.

Meteorites – the simple beauty of a vocal with keyboard and strings gets a serious kicking when the full metal backing suddenly appears. It’s incredible that the two marry so well in one track because it doesn’t sound out of place. And then you get the rocking guitar work dropping off again to a simple melody and electronic harmonics on the voice which is another beautiful interlude in a classically metal track that ends with orchestral softness. Astounding.

Anew – the simplicity of a repeated melody on the guitar of undulating ambient sound at the start sounds almost like the chiming of church bells and the gentleness of the vocal lulls you into a quiet place but, surprisingly, when the heavier drums and guitars kick in that quiet place doesn’t go away and this is a beautiful ballad. The bell like melody persists throughout in the background and is returned to regularly and the simple keyboard and voice at the end is perfect. 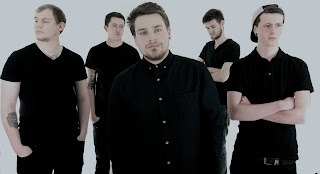 Epicinium – one of the shortest tracks on the album, along with Ortus but, whereas Ortus is probably my favourite, this is definitely the weakest track on the album for me. It was pleasant enough, in a Sacred Spirit kind of way but, having listened to the rest, I kept waiting for it to do something and it didn’t.

A Principle God – Another simple, beautiful melody highlighted by Ashe’s unique vocal talent and backed by piano with almost an orchestral feel to it until it kicks up a gear into multilayered richness in a similar vein to Meteorites earlier in the album before dropping off to simple piano and voice again. This is a very commercial track and would work well as a single.

Devil’s Advocate – The rising chords and again stunning contrapuntal drums open what hints at being another ballad but the richness of guitars soon kick in and the vocal becomes almost a pagan chant, hypnotic in its execution. I love the spoken interlude from Oppenheimer’s “I am become death” speech and the insistent, almost dissonant, guitars that drive this through to the abrupt but fitting end of the song.

Astral Existence – A sublime minor key start that lifts to a soaring close harmony chorus, this is probably the song that is closest to “straight” metal but it still manages to make several interesting time changes, with the drumming is impressive as ever, and the electronicised voices at the end add that spark of originality.

Departure – Another gentle opening of single guitar and voice with the odd harp-like trickle of keyboards builds with a ticking drumbeat to crescendo with Ashe’s voice clear and powerful. Then a sudden shift of tempo on the piano that slows until only a constant chord is heard that sustains as the melody drips back in on piano again. Add in the electronic voices at the end which are very reminiscent of the end of Rush 2112 concept album and this is a cleverly constructed song.

So was there anything I didn’t like about the album? Very little. The first half is stronger than the second for me and, although I did love both Devil’s Advocate and Departure in the second half, a few of the other tracks after Anew followed a similar formula of tempo changes, rise and fall. However I count this as the band building its own recognisable sound and not a bad thing. I must admit too that I didn’t really listen to the song words themselves, Ashe’s vocal was, for me, another instrument and beautifully played. This is a fascinating listen that hovers somewhere between metal, country and jazz, with a dollop of electronica and ambient thrown in. Think of mixing the simple but effective lyricism of a band like Lady Antebellum or Fleetwood Mac and the electronic innovation of The Orb over a backing by Iron Maiden in 5/4 time and you’re getting there. The beauty of this album, and all of Voices From The Fuselage’s music, for me is that it’s both highly listenable as background music but there’s also an incredible intricacy and depth if you actually sit and give it your full attention. By turns surprising, relaxing, unusual, exciting and very clever, this is a band to follow.