Review - Songs and Stories of Scotland 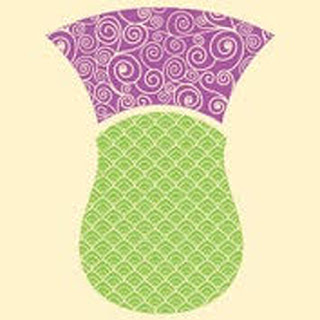 Susan Omand gets misty eyed as she watched Songs and Stories of Scotland by Lynne Campbell at Sweet Venues...

The culture and heritage of Scotland is a rich and varied one and much of it was passed down through the generations in the form of songs and stories. This tradition is kept vibrantly alive by people like Lynne Campbell. I’m not going to list the content of her show though as that would be far too much of a spoiler, however, if you’re expecting it to be the clichéd and commercialised “singing shortbread tin” (to use a Billy Connolly phrase) tartan tourist tat touted anywhere on the Royal Mile you would be very wrong. I think of myself as being fairly well up on my Scottish folk culture but in the hour-long show I discovered a new poem, heard an old song for the first time, got nostalgic over others that brought back memories of very long ago for me and became enrapt in the way Lynne told her own stories old and new, with local and national history, legend, traditions and family anecdotes covering Scottish culture from her own particular point of view.

It’s funny that Lynne should mention Eddi Reader when talking about one of the songs she sings in the show because I’d just written the ex Fairground Attraction singer’s name down as the person Lynne very much reminds me of when she sings. Lynne has a beautiful expressive voice that is very capable of carrying a tune whether she is singing a capella or accompanied by her acoustic guitar and her vocal tone brings a warm richness to the songs she chose. I would quite happily go to a full concert just to listen to her sing the bothy ballads and old songs of Scotland.

And it’s that warmth in her personality that carries throughout the whole show. This is not a formal lecture or stiff recital. Instead, because of Lynne’s welcoming nature, gentle humour and the layout of the venue, it’s much more informal than that. In fact it feels a lot like the audience are just part of the New Year family gatherings that Lynne talks about in the show, reminiscing about family events, passing around old photos (and fish) and listening to stories and songs as the metaphorical whisky bottle gets emptied.

Whether you’re from these airts or not, a fan of folk music or not, you will learn something new or fondly remember something from way back when as you listen to the Songs and Stories of Scotland.

Songs and Stories of Scotland is on until 28th August. Tickets and more info from the Sweet Venues website.
Email ThisBlogThis!Share to TwitterShare to Facebook