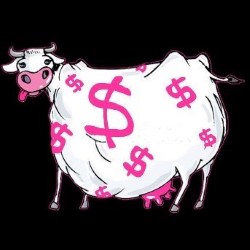 With every gem you find at the Edinburgh Fringe, the law of averages says there will be ones that don't work quite so well for you. Susan Omand sat through Nowhere Now at Sweet Venues...


Five people left in the middle. Nobody clapped at the end.

However this damning indictment wasn’t the fault of the actors in Nowhere Now as they gave it their all in loud, almost manically fast, voices and were convincing as the characters they were given to play. So what went wrong?

On paper, the premise looks good with capitalism reduced to the buying and selling of Irish beef on the stock market (no pun intended) and being driven by power and money because it’s “all about the beef” and cash-cows should have abounded. But, instead of building on this concept it was pretty much set aside as three business types (CEO, Minister and Ambassador) bickered about who would greet the Prime Minister off his aeroplane and discussed the need for radioactive beef. This change of tack would have been fine if it came across in the manner of The Thick of It or Yes Minister but the dialogue wasn’t clever enough nor the sarcasm cutting enough and the swearing, because there was a f*ckload of swearing including the c word, was unnatural and shoehorned in for the anticipated shock value. It didn’t work. And this was only half of the cast and half of the stage. The other half involved three people in red pyjamas talking about ingesting beef through yellow anal tubes and throwing a toy cow around and eating something from a bowl. Other than the fact that one of them became news announcer, IT guy and some kind of angel that interacted with the suits, I didn’t see what the connection of the two halves was. It was meant to be surreal, I know, but surrealism is one step out of the ordinary, still maintaining an internal logic. Writing-wise, it was just a mess.

The marketing blurb promised that this would be “funny, absurd, ridiculous, stupid, nonsensical, manic, moronic, filthy, terrifying, profane, devastating and moooo-ving.” Therefore I was expecting one of two drastically opposing things. Given the high-powered business dealing subject, either we were going to get an attempt at Monty Python does Wall Street or we were going to get the more theatrical but less humorous Harold Pinter does American Psycho. Unfortunately we got neither. It wasn’t funny, absurd, ridiculous, stupid or nonsensical humour as promised. There was nothing funny in it for me and anybody expecting proper absurdist humour, which admittedly is a very niche form of theatre, would have been disappointed with the effort. Nor was it devastating, terrifying or moooo-ving, however much they wanted to use the cow pun on the flyers, although there was on-stage violence, with the person in angel wings getting such a serious (pretend) kicking that they lay twitching, but the person delivering the blows was goaded on in such a bullying manner that I felt hugely uncomfortable watching it. I will grant you though, the show did live up to being moronic, profane and filthy but not in a harmless fun, dirty joke way and I don’t remember hearing any laughter.

Five people left in the middle. Nobody clapped at the end.

More info and tickets from the Fringe box office.
Email ThisBlogThis!Share to TwitterShare to Facebook