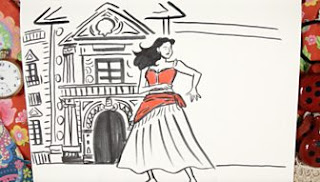 If you ever wondered what the story of Bizet's opera was (with spoilers and animations), Song of the Day becomes Opera of the Day as the BBC does Carmen in two minutes...

The BBC has produced a mini version of Bizet’s famous opera Carmen as part of the Get Playing music making campaign.  The short video condenses the doomed love story into a playful 120 seconds narrated by BBC Radio 6 Music’s Breakfast Show presenter, Shaun Keaveny.

The film races through the plot of Bizet’s stunning work and features the world-famous Toreador Song.

The animation is part of BBC Music’s campaign to encourage amateur musicians everywhere to learn to play the celebrated Toreador tune, and to film their own performance so they can join the first ever BBC Virtual Orchestra.

The Virtual Orchestra will be shown on BBC iPlayer and at Proms in the Park events as part the Last Night of the Proms on Saturday 10th September.