News - Temple of the Dog 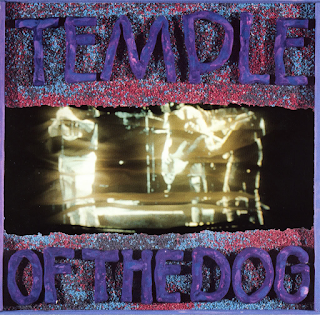 Listen to the "lost demo" track Black Cat from The 25th Anniversary Temple of the Dog Digital Deluxe Edition which is now available for pre-order...


We reported last month that Seattle supergroup Temple of the Dog were coming back for a tour and, at the time, mentioned that the album is going to be re-released at the end of September.

Mixed by Brendan O’Brien, the 25th-anniversary super deluxe box edition of Temple Of The Dog is a fitting testament to the Seattle rock supergroup formed during a break between Soundgarden albums and before Pearl Jam’s seismic formation. With Cornell writing songs to help himself deal with the death of his roommate and Mother Love Bone frontman Andrew Wood, he teamed up with Wood’s bandmates, guitarist Stone Gossard and bassist Jeff Ament, plus future Pearl Jam guitarist Mike McCready and Soundgarden drummer Matt Cameron, to work the songs up into demos. “We weren’t concerned what anyone outside of our group of friends would think of it,” Cornell recalls, adding that they were “making an album simply for the joy of doing it”.

Stone Gossard calls Temple Of The Dog “the easiest and most beautiful record that we’ve ever been involved with” and the four-disc super deluxe edition box set collects the beloved album alongside unreleased demos, outtakes, promo videos and live performances.

Pre-Order the Digital Deluxe Edition and get the previously unreleased demo “Black Cat” instantly which you can listen to below.

consists of:
– Two CDs, one DVD, one Blu-ray Audio
– 51 tracks (including all audio and video), 48 of which are unreleased tracks and/or mixes
– Magnetic flip-top box package with a lenticular sticker and poster, plus liner notes by David Fricke

Image - Temple of the Dog