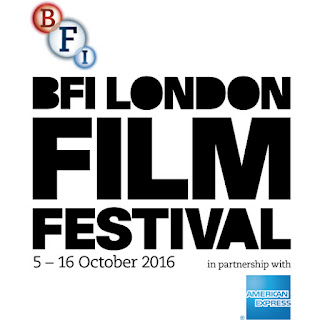 BFI London Film Festival Director, Clare Stewart said, “What better way to celebrate LFF’s 60th anniversary than by looking forward with some of the world’s creative leaders who are defining the future of film and the moving image. Building on a vibrant and successful pilot year in 2015, we are thrilled to be continuing LFF Connects, the BFI London Film Festival’s new talks and events programme that brings together storytellers and innovators working at the vanguard of their creative practices to share their ideas, inspirations and approaches with festival-goers and accredited industry alike.”

LFF Connects: Art/Immersive Film
Australian artist and filmmaker Lynette Wallworth, a trailblazer in the field of immersive film whose works have been exhibited widely around the world will share her most recent work, the dazzling, devastating Collisions. Wallworth has made her name using film, augmented reality and immersive technology to tell stories which frequently probe the impact of technology on our world –both human and natural. This moment marks her first foray into VT and re-enacts Aboriginal elder Nyarri Nyarri Morgan’s witnessing of an atomic test in the Australian bush in the 1950s.(Thursday 13 October, ICA).

LFF Connects: Music/Performance
This year the Festival hosts an evening of unique events under the banner of Live, Large, Loud: Adventures in Cinema at BFI IMAX. Speculative architect Liam Young and acclaimed electronic producer Forest Swords will present the world premiere of their audio-visual tour, In the Robot Skies, the first science fiction film to be shot entirely through autonomous pre-programmed drones. In a performance especially constructed for IMAX, Young presents a near future love story set against the fears and wonders of an impending drone age. As part of the same event, Tokyo-based director Takashi Makino and award-winning UK composer Simon Fisher Turner, will be presenting their collaboration The Picture From Darkness which takes inspiration from the works and words of Derek Jarman. This ‘music film dream’ is a haunting cinematic meditation on life, death and what may lie beyond. This presentation will feature a live rendition of Fisher Turner’s score. (Saturday 8 October, IMAX).

DJ Yoda has been pushing the boundaries of live audio-visual performance with his wildly entertaining shows that mix, scratch, cut, splice and collage film, TV, advertising, music videos and YouTube clips. The world premiere of his latest journey into popular culture, DJ Yoda Goes To The Arcades: A History of Gaming, will chart some of the best loved and most fondly remembered games from the early 1980s to the present. Expect your favourite characters and soundtracks mashed up and set to Yoda’s trademark bouncing beats and basslines. Getting the crowd in the mood will be London-born Reeps One whose Reeps One presents – Organic Electronics (80min) show takes the scientific principal of Cymatics and translates it into the artistic realm of live audio-visual performance. Using a camera, a speaker and a light source, the vibrations from the music produced live on stage form visual presentations that go far beyond what computer-based images can produce. (Saturday 8 October, IMAX).

LFF Connects: Creative Technologies
As Industrial Light & Magic (ILM) celebrates over 40 years at the forefront of visual effects and CGI wizardry, the Festival welcomes the eight-time Oscar® winner Dennis Muren, the effects master responsible for so many iconic moments in the history of cinema including the one that started it all, Star Wars: Episode IV –A New Hope. Joining Muren will be David Vickery and Kevin Jenkins from the two-year-old ILM London studio to talk about working with some of the world’s leading international filmmakers including most recently Scott Derrickson on Doctor Strange and Gareth Edwards on Rogue One: A Star Wars Story.(Friday 7 October, BFI Southbank). 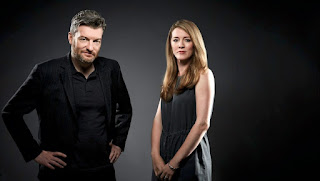 LFF Connects: TV
Three visionary storytellers, Charlie Brooker and Annabel Jones, co-creators of Black Mirror and the director of the playfully dystopian first episode Nosedive, Joe Wright, discuss the latest series following the European premiere of a brand new episode at the Festival. Following two acclaimed seasons, Brooker and Jones have crafted six new standalone episodes for Netflix (suitable for both existing fans and newcomers alike), blending visionary storytelling with sly satire as they explore the impacts of advancing digital technologies on the way we live. This unique event will be followed at 9pm by an exclusive double-bill of two more Black Mirror episodes at Curzon Chelsea. (Thursday 6October, Chelsea Cinema).

LFF Connects: Games
On the eve of the 2017 launch of his neo-noir android thriller Detroit, games writer and director David Cage, the founder of the Paris-based studio Quantic Dream and pioneer of interactive, story-driven games including Nomad Soul, Fahrenheit (Indigo Prophecy), Heavy Rain and Beyond: Two Souls, will join presenter and BFI Governor Jonathan Ross to talk about the visual artistry of games design, crafting a multi-person narrative experience and collaborating with musicians such as David Bowie and Hans Zimmer along with actors Willem Dafoe and Ellen Page.(Tuesday 11 October, Picturehouse Central 1).

LFF Connects events are open to the public and also registered Industry Delegates. Public tickets go on sale from 8 September for BFI members and 15 September for non-members.

You can follow our full LFF coverage on our Twin Site at /Garbage-file.com
Email ThisBlogThis!Share to TwitterShare to Facebook