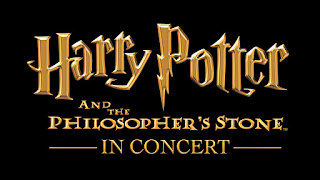 Harry Potter will make a magical Royal Albert Hall debut next year, with the UK premiere of the Harry Potter Film Concert Series, featuring Harry Potter and the Philosopher’s Stone...

The event, which is being performed on May 12th and 13th next year, will see the movie screened in high definition and in full on a 40-foot screen, as John Williams’ immortal score is played live on stage by the Royal Philharmonic Concert Orchestra. conducted by Justin Freer.

It will play for three performances only at the iconic London venue, bringing the movie’s beloved, Oscar-nominated music front and centre to create a new and unforgettable experience for Harry Potter fans.

Lucy Noble, Director of Events at the Royal Albert Hall, said: “Years in the making, this incredible film concert will bring the world of Harry Potter to life like never before, as the Royal Philharmonic Concert Orchestra performs John Williams’ spellbinding score, conjuring a vivid atmosphere that will be magical.”

First J.K. Rowling’s delightful bestseller, then an unforgettable movie, Harry Potter and the Philosopher’s Stone is sheer screen enchantment. At its centre is Harry, orphaned, unloved, rescued, enrolled as a wizard-in-training at Hogwarts Academy and as his telltale forehead scar shows, destined for great things. Enter into the world of Hogwarts and experience the rich characters, lavish surroundings, wizardly tools and customs, the high-flying sport of Quidditch … and much more beyond imagining.

Starring Maggie Smith as Professor McGonagall, Robbie Coltrane as Hagrid, Alan Rickman as Professor Snape and of course Daniel Radcliffe, Rupert Grint and Emma as Harry, Ron and Hermione, the bewitching music from John Williams became an instant classic, swelling and soaring as we got our first glimpse of majestic Hogwarts, Dickensian Diagon Alley and the high-octane game of Quidditch.

The concert tour kicked off last year in Canada and tickets, which go on sale on the Albert Hall Website on Friday, are expected to go fast.