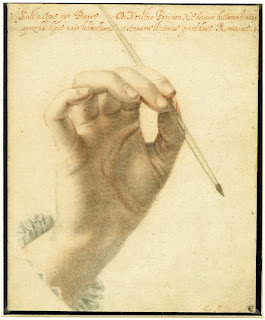 A new exhibition of French portrait drawings from Clouet to Courbet is coming to the British Museum in September...

This exhibition will showcase the British Museum’s remarkable holdings of French portrait drawings, chosen to illustrate the development of this medium from the Renaissance until the 19th century. Throughout its history, the drawn portrait has been primarily an informal medium, created for circulation among friends and relations of the sitter, rather than the wider public intended for official painted portraits. Artists often turned to chalk or watercolour to depict members of their own families, or to experiment with innovative concepts of portraiture. Portraits on paper will be displayed alongside examples in other more formal media, including medals, enamels and an onyx cameo. The exhibition will offer visitors the chance to see some of the Museum’s well-known French portrait drawings alongside some that have never been exhibited before.

The exhibition will open with drawings by Francois Clouet, which offer an intimate picture of the 16th century French Renaissance court, and close with Toulouse Lautrec’s vivid portraits of the Parisian demi-monde. Clouet’s drawn portraits of courtiers and the royal family were commissioned by the French queen Catherine de’Medici, and his portrait of Catherine herself will be on display for the first time. The exhibition also includes a drawing of Catherine’s husband Henri II, one of the first representations of Henri as king, which formed the basis of his royal iconography. 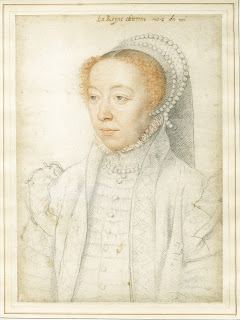 Other portraits made in chalk or watercolour in the 18th and 19th century offer a uniquely personal glimpse into artists’ personal lives. Jean-Michel Moreau le Jeune used chalk to draw his infant daughter, in about 1772, creating a delightfully naturalistic record of childhood. The piece demonstrates how the drawn portrait allowed for a degree of familiarity and intimacy than that which had been common in portrait paintings from the same period. Another example of family portraiture is by the lesser known 19th-century artist Albert Lebourg, depicting his wife and mother in-law in smoky atmospheric black chalk. His velvety technique gives the impression of soft forms looming out of the darkness. The evocation of the candlelight and the unusual position of the sitters side by side shows the great intimacy that can be achieved through portrait drawing and experimentation with the medium.

Drawings were cheaper to produce than an oil painting or sculpture and allowed the artist greater freedom for creativity. Pierre Dumonstier made a playful ‘portrait’ of the artist Artemisia Gentileschi’s hand in 1625. This piece plays with the very notion of what a ‘portrait’ is, through focusing on the quality that makes a sitter unique – not Artemisia’s face, in this instance, but her hand, the source of her artistic brilliance. Another example of artistic experimentation can be seen in Henri Fantin-Latour’s sheet of self-portrait studies from 1876. Here the artist shows himself, rather playfully, from behind - a portrait without a face.

Nn,7.51.3 The right hand of Artemisia Gentileschi holding a brush, Pierre Dumonstier II, 1625, 219.00 x 180.00 mm, Black and red chalk on paper © The Trustees of the British Museum
Email ThisBlogThis!Share to TwitterShare to Facebook