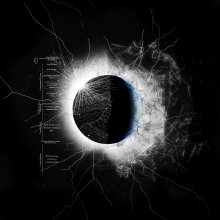 If you weren't able to be there, or just want to watch it again, here's the full length (20 minute) film of the Standard Life Opening Event: Deep Time, which opened the 2016 Edinburgh International Festival on Sunday 7th August...

Be transfixed by mesmerising digital animation and the deep emotional impact of music by Mogwai.

The Standard Life Opening Event: Deep Time took place on Sunday 7th August 2016 on the ramparts of Edinburgh Castle and transported the audience through 350 million years of Edinburgh’s history showing Edinburgh’s iconic Castle as it's never been seen it before as it celebrated the wonders and beauties of the natural, the geological and the man-made, exploring the very foundations of Edinburgh itself.

Geological and historical images supplied by Edinburgh University Library and the Cockburn Geological Museum. © The University of Edinburgh

Digital images of John Clerk of Eldin’s drawings for "James Hutton's Theory of the Earth”
All © Sir Robert Clerk of Penicuik
Further images provided by City of Edinburgh Council – Libraries and the National Galleries of Scotland.
Email ThisBlogThis!Share to TwitterShare to Facebook