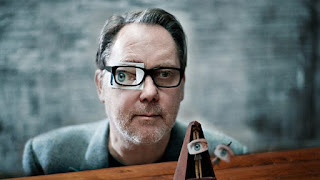 BBC Four announces a season of programmes celebrating the weird and wonderful world of conceptual art...

To mark the 100th anniversary of Dada, comedian Jim Moir (aka Vic Reeves) takes us on an irreverent trip into the world of the avant-garde art group that became one of the most influential movements of the 20th century.

Art historian Dr James Fox will guide viewers through conceptual art in an open-minded guide for the perplexed Who's Afraid Of Conceptual Art? and the season will mark 40 years since one of the most scandalous pieces of conceptual art graced Tate Britain - Carl Andre’s Bricks! - with a documentary exploring how the controversy swept the nation. And a unique film delves into the life of eccentric artist Bob Parks: his outrageous performances, his fall from grace, his complex relationships, his fight for recognition and the tragedy that goes on to change everything.

Jim Moir said “I first came across Dada at art school in the early 80s. It was funnier and 20th century, it was the DADA-ists who proved the most important - giving birth, not only to a lot of modern art, but also shaping comedy, music and political protest.”

Cassian Harrison, Channel Editor for BBC Four, added “Bold, baffling, witty and adventurous - there’s a lot that BBC Four and Conceptual Art could be said to have in common - so I’m delighted to celebrate this most uncompromising of art movements with a major season on BBC Four. With a series of films from a cast of brilliant talents, be prepared to have your brain bent, stretched and strummed as BBC Four Goes Conceptual this autumn.” 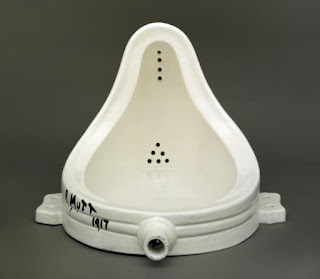 
To mark the 100th anniversary of Dada, Jim Moir takes us on an irreverent trip into the world of the avant-garde art group that became one of the most influential movements of the 20th century.

Absurd, provocative, subversive - Dada was born as a response to the madness of WWI, but its radical way of looking at the world went on to transform modern culture, influencing comedy, art, fashion, political protest and popular music. From Monty Python to punk, Bowie to Banksy, the long shadow of Dada’s cultural revolution is hard to miss.

Jim Moir first encountered Dada as a student at art school and his alter ego Vic Reeves has often been compared to Dada cabaret. In this film, Jim explores those connections by restaging an early Dada performance in Zurich’s Cabaret Voltaire where the movement first began, recreating lost artworks and devising some new ones in an entertaining and eccentric approach to re-telling the Dada story.

It has been 40 years since the infamous ‘Tate Bricks’ captivated Britain. In 1976, the exhibition of Carl Andre’s 120 fire bricks laid out on the floor of the Tate Gallery, caused huge controversy. Now, to mark the anniversary of this memorable brush with minimalist art, and The Bricks new home at Tate Modern, BBC Four presents a new documentary to celebrate the artwork that captured a nation’s imagination.

Before Tracey’s Bed or Damien’s Shark there were the Tate Bricks. Forty years ago, the Tate Gallery in London exhibited American artist Carl Andre's art work, Equivalent VIII, better known as The Bricks. In the midst of the economic depression that defined the 1970s it triggered a national outcry. The work was sabotaged – covered in blue food dye, and inspired the now famous tabloid headline ‘WHAT A LOAD OF RUBBISH’.

Unpicking the Bricks story, award-winning director Clare Beavan’s entertaining and revealing documentary tells the tale of what happened when modern art and public opinion came up against a brick wall. Seldom has the subject of bricks ignited such passion. Did Carl Andre’s artwork pave the way for a greater appetite for conceptual art in Britain?

Contributions in the documentary range from those involved in the original controversy, including the curator Richard Morphet, who acquired the art work on behalf of the Tate, and The Sunday Times journalist Colin Simpson who broke the story, to major contemporary British artists Damien Hirst and Cornelia Parker, and historians and critics from across the British art world.

Who's Afraid Of Conceptual Art?

Dr James Fox has never really got conceptual art. And he's not alone. Conceptual art has been treated with suspicion and incredulity by virtually everyone outside the art world for nearly a hundred years. Ever since Marcel Duchamp first displayed a signed urinal and claimed it was art in 1917. Was he mocking his audience? Or was he on to something, creating a whole new approach to art that has now lasted a century?

In this film Dr James Fox embarks on an open-minded guide for the perplexed and asks ‘What is conceptual art?’; ‘How should we approach it?’ and crucially, ‘Why should we care?’ Roaming between the past, present and future he examines a mind-bending selection of the most influential conceptual ideas and artworks, alongside meeting the leading movers and shakers of today. And who knows? In the end, he might find himself unexpectedly seduced by this trickiest of art forms.

1971 - the Los Angeles performance art scene is flourishing. Chris Burden has just ordered a studio assistant to shoot him in the left arm with a rifle and Paul McCarthy is painting his naked body with mustard and ketchup in the name of art. And among them all, Bob Parks: an energetic young artist from the UK, living his San Fransiscan wife, Myriam Morales.

Life is perfect, for a time. But when Bob’s marriage fails, things fall apart. He walks the streets of Los Angeles for a year in a string bikini and sees his burgeoning art career come to pieces, before he finally moves back to the UK to live with his parents in the New Forest. Despite planning to stay for only six months to finish a series of paintings, Bob stays for 30 years…

The R&B Feeling: The Bob Parks Story is a unique film about the eccentric artist Bob Parks: his outrageous performances, his fall from grace, his complex relationships, his fight for recognition and the tragedy that goes on to remake his career.