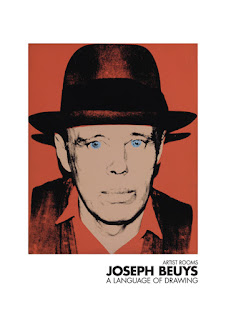 Plans have been announced for the eighth year of ARTIST ROOMS on Tour...

Autumn 2016 marks the start of a new programme of exhibitions that will run until spring 2019, developed in collaboration with over thirty museum and gallery partners, giving audiences around the UK the opportunity to see some of the most influential artists of the 20th and 21st centuries in their home towns.

As Hull approaches its 2017 year as UK City of Culture, lead Associate partner Ferens Art Gallery will present an exhibition of work by Ron Mueck in their newly refurbished building. Developed with Future Ferens, the gallery’s 18-25 year old volunteers who shaped the venue’s three previous highly engaging ARTIST ROOMS exhibitions, the chance to experience Mueck’s work in Hull will be a highlight of the UK City of Culture celebrations.

2017 will be a stand-out year for artists of the 20th century, shown in venues large and small, the length and breadth of the UK. The Whitworth Art Gallery in Manchester - a new ARTIST ROOMS partner, will present a major exhibition of Andy Warhol. Audiences in the West of Scotland will also see the work of this American icon at Dunoon Burgh Hall, when the listed Victorian building reopens in spring 2017 as a cultural hub for the community, marking the fifth anniversary of their first ARTIST ROOMS collaboration, a highly successful exhibition of photographs by Robert Mapplethorpe.

Home to one of the most important Pop Art collections in the UK, Wolverhampton Art Gallery will show works by Roy Lichtenstein, a first opportunity for visitors to see this new ARTIST ROOMS collection on long loan from The Roy Lichtenstein Foundation since the exhibition at the Scottish National Gallery of Modern Art in 2015, shown to great critical and popular acclaim. Leeds Art Gallery will reopen their building in 2017 with a major exhibition of work by Joseph Beuys, while the John Hansard Gallery in Southampton will present a significant show of Gerhard Richter in its new city centre gallery.

The total number of artists in the collection now numbers 40, as Phyllida Barlow’s work entered the collection earlier this year with the sculpture, untitled: upturnedhouse, 2, currently on show at Tate Modern. The artist will represent Great Britain at the 2017 Venice Biennale.

In addition to Dunoon, Hull, Leeds, Manchester, Southampton and Wolverhampton, the 2017 ARTIST ROOMS programme of exhibitions will be seen in Birmingham, Derby, Dumfries, Liverpool, Perth, Preston and Thurso, alongside new exhibitions in London and Edinburgh. Since ARTIST ROOMS On Tour began in 2009, its exhibitions have attracted over 40 million visitors across the UK, with 147 displays and exhibitions at 77 museums and galleries, from Penzance to the Hebrides, from Kilmarnock to Hull, from Belfast to Llandudno.

The new programme of ARTIST ROOMS On Tour is a partnership between National Galleries of Scotland, Tate and Ferens Art Gallery, and is supported using public funding by the National Lottery through Arts Council England, by Art Fund and by the National Lottery through Creative Scotland. Thanks to this support and alongside ARTIST ROOMS exhibitions taking place around the UK, a wider network of Associate museums and galleries will also be invited to take part in a professional development programme for organisations and their staff. Through skill-sharing workshops, training bursaries, mentoring and peer learning, the programme will help build relationships between venues, create a strong touring network and support better access and learning opportunities for audiences. 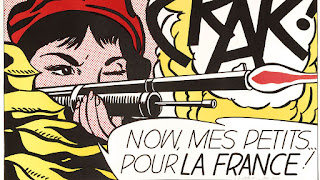 The ARTIST ROOMS On Tour programme from autumn 2016 -17 is as follows: