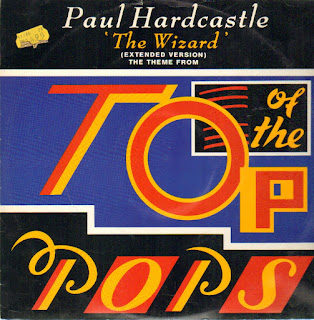 Song of the Day Saturday Throwback is some music from back in the day to kick off your weekend in style. Today Steve Taylor-Bryant remembers a popular theme...

Back in the midst of time (the 1980's) there were two things that you looked forward to. The Sunday Chart Show on the radio and Top of the Pops! These were simpler times. You played outside all day then came in for jelly and ice cream before bath time and then sat as a family to watch your favourite DJ's present your favourite bands miming your favourite songs. Remember when miming was biggest crime related to Top of the Pops? Most of the presenters have now been arrested for abuse. Anyway, one of the danciest tunes I remember was a little ditty about the Vietnam war called 19 by Paul Hardcastle. I wore out my cassette single, my dad said dance music would never take off, and Paul Hardcastle went on to write Top of the Pops theme tune.

The Wizard was the most 80's of 80's sound. It was epic keyboards, pounding electronic drums, sampled voices (isn't that Catweazle at some point?), the video had a Duran Duran Wild Boys feel to it. In fact the only instrumental that I think is probably more recognisable is Harold Faltermeyer's Axel F. I don't know what happened to Hardcastle after The Wizard, dance music and electronica became huge and maybe he did too. I'll be honest I stopped listening to anything but rock.