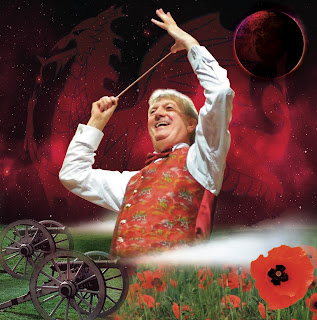 July 16th-23rd sees the Welsh Proms Cymru return to St David's Hall, Cardiff, and the 31st season of Wales' national classical music festival promises to be one of the most spectacular yet...

Whether your preference is for one of the major masterworks (Verdi Requiem and Holst's Planets suite both feature), the pomp, fun & grandeur of the Classical Extravaganza or Last Night, or perhaps a Family Day at the Movies, Brass & Voices or even a little Big Band Swing, there's something for everyone at the 2016 Welsh Proms Cymru.

The Welsh Proms will also see the world premiere performance of three major new orchestral works by Welsh composers Bernard Kane, Christopher Wood and Royal Wedding & Military Wives Christmas Number One composer Paul Mealor, commissioned by the Welsh Proms The season commemorates three centenaries - the Battle of the Somme, and specifically the Battle of Mametz Wood, the completion of Gustav Holst's "The Planets" and the birth of Roald Dahl. The 2016 Proms also commemorates the 50th anniversary of Aberfan and the 90th Birthday of Her Majesty The Queen.

Tickets are available from just £7.50 with special orchestral and family packages available, including free tickets for children for some performances.