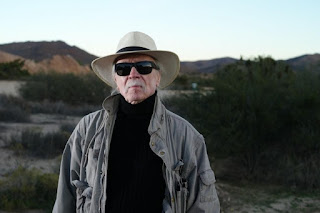 There's been a change of venue for the Manchester dates of John Carpenter's Release the Bats Tour...

Due to the high level of interest for the previously announced John Carpenter Release The Bats Tour this Halloween, the dates announced for the Manchester leg of the tour, which were previously being held at the Albert Hall, will now take place at the 5,000 capacity Victoria Warehouse on Saturday 29th October only.

The themes that drive them can be stripped to a few coldly repeating notes, take on the electrifying thunder of a rock concert, or submerge themselves into exotic, unholy miasmas. It’s work that instantly floods his fans’ musical memory with imagery of a menacing shape stalking a babysitter, a relentless wall of ghost-filled fog, lightning-fisted kung fu fighters, or a mirror holding the gateway to hell.

Victoria Warehouse will be transformed Halloween style and attendees are encouraged to dress up for the spooky spectacular.