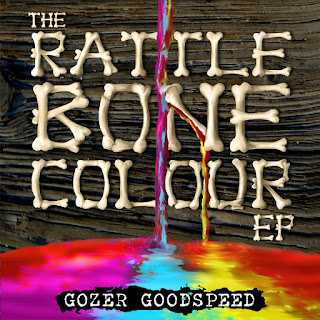 Plymouth-based singer/songwriter/guitar wrangler Gozer Goodspeed dropped us an email here at AlbieMedia to pass on some rattlin' good news...

Here's what he said:

Well, this is interesting.

Tomorrow night I will literally dominate the airwaves in the South West! First of all, Jackson Cooper of Riviera FM, based in Torbay, has a show that features lots of local music. He's informed me that he loves the EP and will be spinning a track from it on his show between 8-11PM Saturday night. It's a community radio show with a relatively big following, so that's ace.

Then, simultaneously, BBC Introducing on Radio Devon have chosen to play 'Rattlebone Colour' on their show between 8 and 10PM... and then have their 'round table' of local industry types talk about it. That's exciting, but worrying, as they could absolutely slag me off! Could be fun though.

If you actually have, you know, a life then you can reportedly listen to both shows again via the usual means.

Exciting indeed, Mr Goodspeed. If you want to listen in but aren't in the South West, you can find The Riviera Showcase here and listen online to BBC Introducing here

The release day for The Rattlebone Colour EP is officially the glorious 12th August across all platforms and you can read Steve Taylor-Bryant's review of the 4-track acoustic EP.