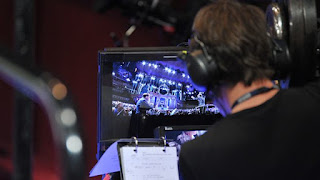 The first night of the 2016 BBC Proms Concert Season starts tonight at the Albert Hall. Here's what's on and how to listen to it...


Katie Derham presents the launch of the world's greatest classical music festival from the Royal Albert Hall. The celebrations open with Tchaikovsky's ravishing Romeo and Juliet overture, the first in a series of musical works during the season marking 400 years since the death of Shakespeare.

The 2016 BBC Proms also throw a spotlight on the cello, and tonight the remarkable Argentine cellist Sol Gabetta makes her proms debut in Elgar's haunting Cello Concerto, the first of ten concertos for the instrument to be performed during the festival. Sakari Oramo conducts the BBC Symphony Orchestra.

Then Sakari Oramo again conducts the BBC Symphony Orchestra and Chorus, the BBC National Chorus of Wales and mezzo-soprano soloist Olga Borodina in a performance of Prokofiev's celebrated cantata Alexander Nevsky. Created from the soundtrack Prokofiev originally composed for Sergey Eisenstein's landmark film, the music is dramatic and evocative, including the famous musical depiction of Battle on the Ice.

In the spirit of its founding mission to make the best music available to everyone, the BBC Proms - the world’s largest broadcast classical music festival - will reach millions of music lovers in 2016, beyond the concert hall, whenever and wherever they are, via BBC Radio, Television and Digital.

How to listen to the BBC Proms season.


As the home of the BBC Proms, Radio 3 will broadcast each Prom live from the Royal Albert Hall, Cadogan Hall and other venues. Every Prom will be available to listen on-demand in HD Sound for 30 days via the Proms website and for download via the BBC iPlayer Radio app, and each week many will be repeated during Afternoon On 3 (weekdays, 2pm).

Throughout the Proms season BBC Radio 3 will also provide extensive context around the festival’s concerts and accompanying events in a wide range of programming featuring interviews and performance by many of the artists performing during the season, including on In Tune (weekdays, 4.30pm), Record Review (Saturdays, 9am) and Composer Of The Week (weekdays, 12pm and 6.30pm). Further context can be found through Proms Extra - coverage of pre-Prom talks given by Radio 3 presenters and other experts and Twenty Minutes - related interval features exploring themes of the concerts.

Alan Davey, Controller, BBC Radio 3, says: "The Proms is a key part of the Radio 3 family’s mission to connect people with remarkable music and culture. By broadcasting every prom in superb sound, and by offering extensive contextual talks and discussions, we bring this already democratic music festival to the reach of everyone. This year is no exception, and with extensive coverage on TV, online and other radio networks, this is going to be another glorious summer of music."

How to watch the BBC Proms

BBC Proms concerts on BBC One, BBC Two, BBC Four, CBBC, CBeebies and BBC iPlayer.
As the home of the arts on television, BBC Four will broadcast BBC Proms concerts on Friday and Sunday throughout the season. BBC Two will broadcast Saturday night concerts during the Olympic Games and, alongside BBC Four’s weekend coverage, there will be a special week of Proms broadcasts with a concert every night from Monday 22 - Friday 26 August. Many Proms will be broadcast on the night of the concert, including seven Friday night Proms. Expanding on the growing audience for digital content for the first time there will be four complete concerts filmed for audiences to watch on iPlayer, and available to catch up in HD.

All television broadcasts will be in HD and surround sound and viewers will be able to watch performances of all the individual works from any Prom filmed for TV, available for 30 days on BBC iPlayer via the Proms website,bbc.co.uk/proms

Jan Younghusband, BBC Head of Music Television Commissioning, says: "Our commitment to filming and showcasing the Proms allows audiences, wherever they are in the UK, to access a broad selection of remarkable music from the platform of the world’s largest broadcast festival. Putting musicians centre stage and showcasing the best quality music-making is at the heart of what we do, and bringing great performances to the audience watching at home."

The BBC Proms website is the digital home of the Proms.

With everything audiences need to know about the 2016 BBC Proms season, including details for every concert, links to buy tickets, and on-demand listening in HD sound and watching for 30 days after transmission. Audiences can download every concert using the BBC iPlayer Radio app, and download filmed Proms on BBC iPlayer. A new BBC Proms Podcast launches in 2016 with behind-the-scenes insights, news, reviews and interviews from the Albert Hall. The BBC Proms Guide app returns for the second year, providing a digital version of the printed Proms Guide, available for mobile and tablet devices on iOS and Android.

Andrew Caspari, Head of Speech Radio and Classical Music Interactive says: "The Digital Proms are becoming more significant each year and following a 50 percent increase in viewing and listening online in 2015, we have made further improvements to the website and app offer. There will be more content to read this year as well as extra podcasts, quizzes and articles through the season."

For more information about the Proms 2016 digital offering go to bbc.co.uk/proms
Email ThisBlogThis!Share to TwitterShare to Facebook