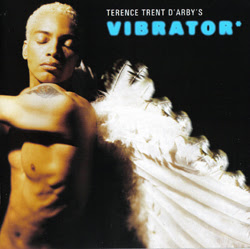 Song of the Day (SotD) is our choice of a single or album track that we think you need to hear. However, instead of the new music featured through the week, Saturday Throwback is a track from back in the day to kick off your weekend in style. Today Steve Taylor-Bryant remembers Terence Trent D'arby...

"I left the rough side for a seaside baby
a chamomile smile that pouts on cue
for every moment I breath her sigh
her bosom contains my sweet alibi
in an emotional mist she breathes in fog
and breathes it out as garden flowers
why me of all the tough talking boys?
I guess she heard my heartbeat through the noise"


Sananda Francesco Maitreya,better known by the stage name Terence Trent D'arby, burst into my life a long time ago with his epic debut album Introducing The Hardline According To. The album had some poppy/R&B/Rock sounding tracks and some writing not usually found in the charts at the time and songs like Sign Your Name and Wishing Well rightly threw TTD into the worlds eye. The next two studio releases though, Neither Fish Nor Flesh in 1989 or Symphony Or Damn in the early 90's (although in the UK we embraced the genius and both albums were highly charted) didn't build on this success despite both albums being musically and lyrically superior to the mainstream releases forced into our ears by modern radio and it took until 1995 for TTD to once again hit worldwide fame.

It has a brass and backline reminiscent of Wilson Pickett era soul, percussion subtly adding to the occasion with xylophone in particular pleasing me, but a heavier guitar part that launches the entire song to another level. You have to have a remarkable singing voice to dare try and top what's happening musically and TTD has never sounded better. His New York accent adds weight to the lyrics but he hits every note across the spectrum perfectly and shows his ability as a true great as he runs up and down some serious scales. Lyrically it's beautiful and digs deep into your psyche like not many songwriters can do. As far as perfection in music is supposed to be unattainable, in this case I don't believe that to be true. Musically and lyrically epic with a voice I want in my life evermore.