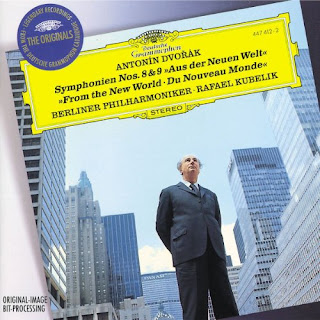 "But I don't listen to/know/like any classical music." If you've ever watched adverts on the TV, then yes you do as this week's Song of the Day, Ad Break proves. Today Susan Omand looks at an early Ridley Scott film...

Wait, what? Yes, Ridley Scott of Bladerunner fame directed “that” iconic Hovis advert of the boy pushing the bicycle up a rustic cobbled street waaay back in 1973. Well, I guess we all have to start somewhere. As an ad campaign it was one of the most successful and best loved, leading to a reboot (yes, remakes are rife, even in adverts) of the campaign in 2008, although the director wasn’t quite as famous and the campaign less successful. It has been parodied by many, not least in the classic monologue by Tony “us little ‘eads painted purple” Capstick.

But I digress. The music used in the original campaign was the Largo from Dvorak’s Symphony no 9 in E Minor, the New World Symphony, written in 1893. It is by far his most popular and well known work and composed while he was director of a music school in New York as a commission piece for the New York Philharmonic Orchestra. The theme from the Largo was also adapted into the song Going Home, in 1922 by Dvorak’s pupil William Arms Fisher, although it is often mistaken for a traditional folk song or spiritual of the type from which Dvorak regularly took inspiration, it was in fact the other way round in this case.

I am sure, if you listen to the full symphony, you will recognise the other movements in there if you listen to orchestral music at all but, even if you don’t, you can at least claim to know this one.