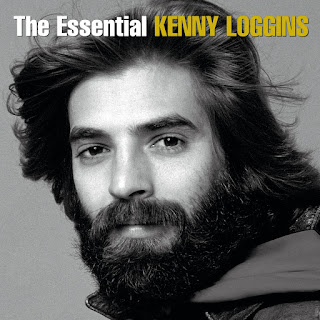 Having cut loose on Footloose last week on our partner site at /Garbage-file, Stuart Mulrain undertakes the  challenge to list the top 10 Film Music of Kenny Loggins...

In the 1980’s and 90’s the film tie-in song was a huge part of the marketing of a film and getting the gig to perform the title track or main tie-in song to a major movie was a big deal. For a decade Kenny Loggins was considered to be the “King of the soundtrack”, with songs appearing on the soundtracks for Footloose, Top Gun, Caddyshack and Rocky IV amongst others.

Here I attempt to take a look at Loggins' film work and rank them in some kind of order. To be clear, this list only contains the 10 original songs that Loggins performed specifically for films. It doesn’t include existing songs that were then used for films after the fact.

To date The Tigger Movie marks Loggins last foray into the world of the movie soundtrack and although a perfectly nice and serviceable track (this is a whimsical Disney movie after all), Your Heart Will Lead You Home is an enjoyable and gentle song that is sadly let down by being largely forgettable once it has finished.

With the exception of this track from the charming Michelle Pfieffer/George Clooney rom-com One Fine Day, Loggins was absent from the soundtrack world in the 1990’s. Like the film it comes from, For The First Time is everything you would expect from a 90’s mainstream Hollywood rom-com.

In between his two biggest soundtrack hits, Loggins teamed with soul legend Glady’s Knight (sans Pips) for the Rocky IV soundtrack. Although a fine duet, the song is somewhat lost in a sea of bigger songs including Survivors Eye Of The Tiger and James Brown’s Living In America.

For the Sylvester Stallone Father/Son love story film (disguised as an arm wrestling movie) Over The Top, Loggins goes full 80’s ballad with Meet Me Half Way. It’s a decent (if slightly forgettable) song, but you can’t escape the feeling that it belongs in a different film (especially when the video contains clips from of the films father and son seemingly looking longingly at each other).

Loggins ended the 80’s where he began, with the belated sequel to Caddyshack. Although it’s a fairly generic late 80’s soft rock song, it’s undeniably full of that Loggins punch the air fun and has a damn catchy chorus.

The song that will forever be synonymous with oiled up pilots playing beach volleyball (or an intense game of tennis if you’re a fan of the short-lived American comedy series Happy Endings), Playing With The Boys is lyrically questionable, but one of those songs that becomes more enjoyable the more you hear it.

Loggins burst onto the film soundtrack scene with the title track to the 1980’s ‘slobs versus snobs’ teen comedy that made you think that being a caddy at a golf course was the best job for a teenage boy. The song perfectly captures that “shut up and leave me alone” attitude that most of us carried around as a teenager, but drops all the angst that usually goes with it and has fun instead.

Arguably Loggins best known song, the title track from Footloose is one of those great get out of the house and do something kind of songs. It’s the very definition of what a great movie tie-in song should be; fluffy, fun and catchy as hell!

Whilst Berlin’s Take My Breath Away is probably the Top Gun soundtracks biggest hit, its Loggins Danger Zone that perfectly encapsulates the films macho feel. There is a bizarre excitement to the song that - no matter what you’re doing - kind of makes you feel like a jet fighter pilot.

Arguably the controversial choice for the number one spot and I will freely admit to moving around the top three in this list quite a bit. At the end of the day I had to go for the personal feeling when it comes to this list. If you’ve read my Footloose piece over on /Garbage-file, you’ll probably understand why this is my number one choice.

For me, I’m Free is a song that equally sums up the struggle and triumph of trying to achieve the thing you want to achieve. It’s a classic slice of 80’s air punch soft rock that perfectly underscores the struggle to keep going and motivates you to do it.