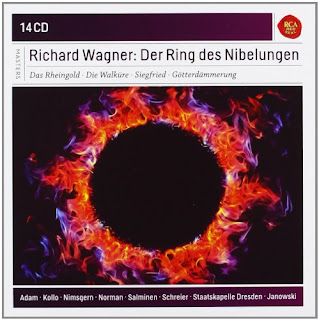 For the first time in its history, Richard Wagner’s iconic Ring Cycle will be broadcast live from the world renowned Bayreuth Festival in Germany...

Sky Arts has been granted exclusive access to the prestigious theatre founded by Wagner and its productions of the four-part operatic masterpiece: Das Rheingold, Die Walküre, Siegfried, and Götterdämmerung.

UK & Ireland customers will be able to watch the complete Ring Cycle over two consecutive nights, culminating in a live transmission of Götterdämmerung simultaneously broadcast across the channels on Sunday 31 July 2016. Dedicated Wagner aficionados can watch the whole Cycle back to back from Sunday morning through to the live performance that evening.

Opera and Wagner fan Stephen Fry will interview the cast and tour the famous Bayreuth Festspielhaus specifically built and conceived by Wagner in 1876 to showcase his works. Further experts will investigate the importance of the Ring Cycle looking at its heroes and villains, its feminist icons and its controversial place in political history.

Phil Edgar-Jones, director of Sky Arts UK, said “The Ring Cycle is Wagner’s epic masterpiece and is sheer operatic indulgence at its best. It is a true honour to be able to broadcast its entirety from the prestigious Bayreuth Festival for the first time in its history. This accomplishment demonstrates the power of close collaboration with our European colleagues and Sky Arts' unique ability to share great masterpieces with our customers everywhere.”

Katharina Wagner, director of the Bayreuth Festival, added “I look forward to the cooperation with Sky and really appreciate its commitment. With this, many people can enjoy the performances and I believe it’s in the spirit of Richard Wagner to reach as many arts fans as possible. This is a large and prestigious project, realised with state-of-the-art technology.”

Composer, poet, and conductor Richard Wagner founded the Bayreuth Festival in 1876. The purpose-built auditorium enabled him to realise the full scale and potential of his works. It is now among the most important cultural festivals in Germany and is still under the guidance of the Wagner family. In 2015, Katharina, the great-granddaughter of Richard Wagner, became the director of the festival.