News - Proms in the Park Headliner 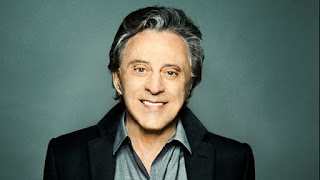 Big girls don't cry as American pop and rock legends Frankie Valli & The Four Seasons are to headline this year’s BBC Proms in the Park...

The event in Hyde Park - the annual Last Night of the Proms spectacular, broadcast live on BBC Radio 2. Britain’s largest outdoor classical music event, Proms in the Park, celebrates the finale to two months of world-class music-making at the BBC Proms festival in London.

Inducted into both the Rock and Roll Hall of Fame and the Vocal Group Hall of Fame, Frankie Valli & The Four Seasons’ musical legacy has spanned over five decades and produced huge hits including Big Girls Don’t Cry, Can’t Take My Eyes Off You and December, 1963 (Oh, What a Night). One of the best-selling musical groups of all time, they have sold over 100 million records worldwide and also inspired a hit Tony Award-winning musical, Jersey Boys.

Known for his trademark high falsetto vocals, Frankie Valli will take to the Hyde Park stage in a live set with his band that promises to get everyone dancing and into the Last Night of the Proms party spirit.

Frankie Valli says: "We are so honoured and excited to be playing the closing night at the Proms. We love playing in London and can't wait to perform at Hyde Park."

Presented for the first time by BBC Radio 2 presenters Michael Ball in the evening and Anneka Rice in the afternoon, Proms in the Park will be broadcast live on Radio 2 throughout the day culminating in a live big-screen link-up to the Royal Albert Hall for the traditional Last Night sing-along.

Beyond London there will be Last Night celebrations across the UK, at Titanic Slipways (Belfast), Glasgow Green (Glasgow) and for the first time the event goes to north Wales at Parc Eirias (Colwyn Bay), inviting music-lovers from across the nations to enjoy the magic of the Last Night of the Proms.