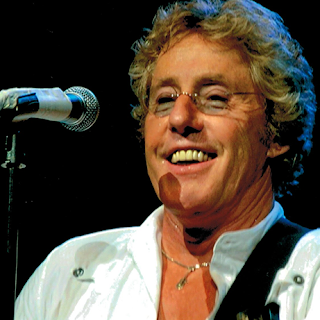 The Who's Roger Daltrey is to be honoured with the 25th Music Industry Trusts Award...

Roger Daltrey CBE, founding member of The Who and multigenerational cultural icon, is to be honoured with the 25th Music Industry Trusts Award (MITS). This prestigious annual music award is presented to Roger in recognition of his outstanding contribution to the music and entertainment industry and many charitable causes. The Award will be presented on Monday 7 November at a gala ceremony in aid of Nordoff Robbins and the BRIT Trust.


David Munns OBE, chairman of the MITS Award committee, said, “We are absolutely thrilled that in our 25th year we will be honouring Roger Daltrey with the Music Industry Trusts Award for 2016. Roger Daltrey embodies the ethos of the MITS Award and is a deserving honouree in this milestone year. We are proud to recognise not only Roger’s musical output, both as a solo performer and as part of The Who, but also his tireless dedication for charitable causes and in particular the Teenage Cancer Trust which has helped thousands of young people throughout the UK and worldwide. Roger Daltrey is an inspiration when it comes to personal devotion to charities and is a worthy recipient in this historic year.”

The Music Industry Trusts Award, celebrating 25 years this year, has raised over £5.5 million for Nordoff Robbins and the BRIT Trust. It has earned its respected place in the entertainment industry due to the great names that have held this honour, they include: Sir George Martin, Ahmet Ertegun, Sir Elton John and Bernie Taupin, Sir Michael Parkinson CBE, Lord Andrew Lloyd Webber, Sir Tom Jones, Kylie Minogue OBE, Jools Holland OBE, Gary Barlow OBE, Annie Lennox OBE, Michael Eavis CBE and Simon Cowell. The Award was founded to recognise outstanding achievement in the UK music industry as well as to benefit the charitable work of Nordoff Robbins and the BRIT Trust.

Roger Daltrey, was born in the West London suburb of Shepherd’s Bush on March 1, 1944, he first assembled the group that would become The Who in 1959 while at Acton County School. The band went on to become one of the most important and influential groups in music history responsible for multiplatinum albums such as ‘My Generation’, ‘Tommy’, ‘Quadrophenia’ and ‘Who Are You’. Renowned for his sense of showmanship Roger is one of rock’s most iconic vocalists. He has also carved a successful acting career, receiving a Golden Globe nomination for his role as Tommy in the movie adaptation of The Who’s rock opera, other film credits include Ken Russell’s Lizstomania, the title role in McVicar, Lightning Jack with Paul Hogan, and numerous roles in TV dramas. Roger has also cultivated a singing career outside of The Who, with solo albums including Daltrey, Ride A Rock Horse, One Of The Boys and After The Fire. Roger has appeared on stage away from The Who on many occasions, including his 1994 solo concert at New York’s Carnegie Hall, the fastest selling event in the venue’s history.


As well as being one of the original supporters of Nordoff Robbins Roger Daltrey (and The Who) has raised many millions for a multitude of charities throughout their career. Since 2000 Roger has been a patron of the Teenage Cancer Trust, a charity that builds specialised wards for teenagers with cancer in the UK. Roger shows no signs of slowing down and is as passionate as ever about his music and his charity work.

Roger Daltrey said: “It's great to be honoured by my friends and colleagues in the music industry in this way in the 25th year of the Music Industry Trusts Award. Nordoff Robbins and the BRIT trust are wonderful charities. The Who were there at the beginning and I am proud to join the honourees that have received this award before me and themselves done so much not only for these charities but also for many others.”

The Music Industry Trusts Award is sponsored by Spotify, PPL, Ingenious Media and SJM. The Award is unique because it recognises the contribution that an individual has made to the industry across a range of activities: record producer, film music composer, broadcaster, artist, music executive, songwriter and concert impresario. The Award evening has become renowned for its magic moments, with unique live performances that have a special resonance for the recipient.

Tickets are available from: mitsadmin@nordoff-robbins.org.uk
Image - www.mitsaward.co.uk
Email ThisBlogThis!Share to TwitterShare to Facebook