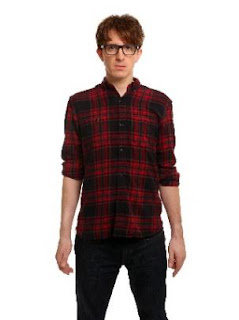 Acclaimed tech comic James Veitch is set to return to the Edinburgh Fringe in 2016 with more geeky comedy about life, love and enabling Bluetooth...

Brand new show ‘Game Face’ is a glorious hour of esoteric, anarchic and unashamedly Powerpoint-fuelled comedy from The Independent’s ‘One to watch’. A brave, misguided embrace of a comic persona that many have described as ‘his own’.

On returning to the Fringe for the third consecutive year, James said “August, Edinburgh, Pleasance Dome; I get excited whenever I hear these words. I’m like a beagle having a pavlovian reaction except instead of a biscuit it’s an hour of comedy. I’ll be the first to admit that wasn’t a great simile. Basically, I’m excited.”

James Veitch is a comedian, musician, director, writer and performer. At the end of 2015, James filmed a TED Talk which went on to become the fastest ever to reach over two million views in the history of TED. Currently at 7.5m views and climbing, the talk sees James narrate a hilarious, weeks-long exchange with an email spammer who offered to cut him in on a hot deal. Following the success of the first, James has also recently recorded a second web series with Mashable, documenting his scam-revenge exploits.

‘Game Face’ will be Veitch’s third show at the Edinburgh Fringe, following 2014’s ‘The Fundamental Interconnectedness of Everyone with an Internet Connection’ and last year’s ‘Genius Bar’, in which James turned to the diagnostic tests he learned as an Apple Genius as a means to fixing his own relationships. In August last year Veitch released his first book Dot Con. Additional writing credits include work published by The New York Times and various short-fiction journals.