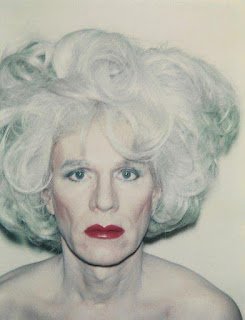 The many extraordinary ways that artists have created works using their own image will be explored in a major international exhibition at the Scottish National Portrait Gallery this summer in Facing The World: Self-Portraits From Rembrandt To Ai Weiwei...

From Rembrandt’s famously unflinching treatment of his ageing reflection to Ai Weiwei’s politically charged use of social media, artists have chosen a multitude of strategies to portray themselves, for reasons ranging from self-promotion to the questioning of the self.

Facing the World will draw on the strengths of three outstanding European collections and is a collaboration between the Scottish National Portrait Gallery in Edinburgh, Lyon’s Musée des Beaux-Arts in France and Karlsruhe’s Staatliche Kunsthalle in Germany. The exhibition brings together many stunning images, some of which will be unfamiliar to British audiences, and includes works by a wide range of European artists like, Jan Lievens, Antoine Watteau, Allan Ramsay, Henry Raeburn, Franz Winterhalter, Gustave Courbet, Éva Gonzalès, James Ensor, Edvard Munch, Henri Matisse, Paul Klee, Gino Severini, Oskar Kokoschka, Joseph Beuys, John Bellany, Douglas Gordon and Sarah Lucas. Though the genre of self-portraiture is centuries old, in the age of the hugely popular selfie it continues to be one of the most powerful forms of self-expression.

The exhibition will span six centuries, with the earliest work included being a black chalk drawing by the Renaissance artist Palma Vecchio (1480-1528) in which the artist turns his head to observe himself in a mirror, attracting the viewer with his direct gaze. This was a typical procedure for self-portraits, and was also employed by Rembrandt in his arresting Self-Portrait, aged 51 (1657), which conveys a strong sense of the physical presence of the artist. Rembrandt famously recorded his appearance throughout his career, leaving more than 80 paintings, etchings and drawings of himself.

Key themes emerge throughout the history of self-portraiture, including artists choosing to show themselves at work and their exploration of their rising status in society. The French painter Joseph Vivien (1657-1735), a celebrated portraitist dubbed the ‘Van Dyck of pastel’, conveys his status in his Self-Portrait with Palette (1715) which is dominated by the shimmering fabric of his garb and majestic pose, and highlights his drawing portfolio and paint brushes. Sir David Wilkie’s (1785-1841) remarkable Self-Portrait, of 1804-5, made when the artist was only 20 and on the cusp of securing recognition in the London art world, depicts him with fashionable tousled hair, elegantly clothed, and holding a portfolio and pencil.

Other artists have chosen to explore more disguised and less obvious forms of self-representation. In his Vanitas Still Life (1637), the German artist Jacob Marrell (1613-1681) hid his portrait in a reflection on a glass vase this painting is primarily a vanitas image which encourages contemplation of the transience of life. Hans Thoma (1839-1924), one of the most successful painters in late 19th-century Germany, explored similar themes in his Self-Portrait with Love and Death (1875), but included a skull far more prominently in the skeletal figure of Death who is trying to hiss something into the painter’s ear.

In the 20th century, artists moved away from traditional modes of representation, or appropriated them with critical intent, and used new media like the internationally renowned performance artist Marina Abramović (b.1946) has used herself in her work to explore challenging and politicised themes. Abramović became known in the 1970s for her theatrical performances where she deliberately tested the limits of her physical and mental resilience. In her performance-for-video Art Must Be Beautiful, Artist Must Be Beautiful (1975) she brushes her hair with her right hand and combs it with her left hand, while continuously repeating “Art must be beautiful. Artist must be beautiful.” At the end of the increasingly dynamic action she tears whole clumps of hair out of her head as her face contorts in pain, using the static video camera as a mirror.

Provocatively and playfully the American artists Andy Warhol (1928-1987) and Robert Mapplethorpe (1946-1989) used their series of self-portraits to alter their identities and take on various roles, making use of costumes, wigs and makeup to alter their image. Mapplethorpe’s 1980 Self-Portraitand Warhol’s Self-Portrait with Platinum Bouffant Wig (1981) were taken in the last decades of both artists’ lives and are striking examples of how role-playing became a central aspect of their creativity.

In more recent years, the high profile Chinese artist Ai Weiwei (b.1957) pioneered the use of selfies among artists. In 2009 he was arrested by the Chinese government and injured in the process, and by posting selfies on Instagram during his arrest immediately informed a global audience about his fate. A month later he posted another set of images from a hospital bed, where he underwent an operation to treat the cerebral haemorrhage he had suffered as a result of his arrest – the photos show him with a dressing on his head and a blood bag lying on his chest.

In addition to the wide range of media represented in the exhibition - paintings, drawings, photographs, time-based media and sculpture - the show will feature two interactive installations: FLICK_EU and FLICK_EU MIRROR. As part of FLICK_EU, visitors will be encouraged to make portraits of themselves inside a photo booth; the resulting images will be broadcast in the exhibition and online at www.i-am-here.eu. In FLICK_EU MIRROR visitors are filmed and their faces emerge on a large projection made up of the combined images generated of other visitors who have also participated in FLICK_EU.

Christopher Baker, Director of the Scottish National Portrait Gallery, commented: “The incredible quality and range of works in this major European exhibition will be a revelation. It addresses the fundamental issue of how artists have chosen to present themselves to the world from the seventeenth century to today, through a staggering array of imagery, which displays prodigious technical and expressive achievements. Intimate, impressive and provocative, the works selected for the show provide insights to the lives, skills and preoccupations of many major artists and illustrate the enduring power of self-portraiture.”

The exhibition is accompanied by a lavishly illustrated catalogue Facing the World: Self-portraits from Rembrandt to Ai Weiwei, compiled by curators from the three participating institutions (288 pages, 180 colour illustrations, price £29.95).