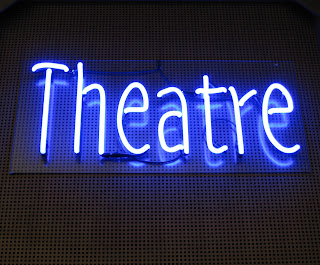 Why should theatre reviewing be left only to those who see it as "a job"? And are you "not a proper writer" if you write your reviews online rather than for the printed press? Our own unpaid online theatre reviewer VentSpleen takes issue with a recent article that claims both to be true...

A recent article quoting Danielle Tarento, Theatre Producer of shows such as Titanic and Ragtime, has irritated me and received considerable heat from online bloggers. In the article Tarento criticises online, unpaid Theatre bloggers for reviewing shows and lacking the intellectual background required to do so. She suggested that the proliferation of unpaid bloggers has led to a significant increase of such reviews and implied it should be left to the professionals. Before I move on to my own personal comments on this matter I would also like to reference Richard Jordan's strident response to Tarento's comments in which he praises on line bloggers for their output and comments that "you don't need intellectual background to voice opinion" he goes on to point out that opinion outside of the industry can be more valuable to shows as it represents an opinion from those that actually pay to see such shows. You can read Richard's article here but I feel I must add my comments in response to Tarento's ridiculous and badly articulated point of view.

Speaking as an unpaid reviewer myself, I must point out that I neither feel that my writing is inferior or superior to those writing as paid critics. I would point out that I started reviewing theatre and other art forms because of the lack of passion in the reviews I was reading and, often, these came from so called professional experts. I have spoken to enough producers and directors, as well as actors, to know that they to are fed up with their productions being reduced down to a technical or competency level with barely a word mentioned on emotional resonance. Never was this more apparent than when I went to see the recent revival of Miss Saigon. I paid for my ticket and hadn't intended to formally review the show, I went as a fan. On my return I was, quite frankly, embarrassed by the poor standard of review writing that the show had attracted. Most critics seemed more concerned about "the wall of sound" and other technical wizardry with scant regard for the audience connectivity and power of the show. This is not a one off and it is a common issue that I come across time and again with so called professional critics or reviewers. Danielle Tarento, I would argue, would do well to remove her head from the sand where she has buried it and step out of her dry ice filled smoky world as the view from my side is a little more realistic. The fact of the matter is we, the fans of theatre, want to enthuse and to review the shows we see. Whether we like what we see or not, we will blog and discuss on line and we won't be silenced by a Theatre Producer who may have had her nose put out of joint by an unfavourable review. Danielle, face the facts that just because someone doesn't like your show it doesn't mean you can consign the view point to the rubbish bin with a  dismissive "well what do they know" attitude. Actually, we know a fair bit and we are very vocal in telling you so!

Speaking personally, I come from an educated background, with my work experience spent at my local Repertory Theatre. I was then employed to work back stage and spent many hours learning all aspects of what makes a production happen. I would never call myself an expert but neither would I say I lacked intellectual background. I also am able to channel my passion for a show into some fairly punchy prose and I am very, very vocal about audience connection. I am also fed up with being ignored and disregarded by the snobbish higher echelons of Theatrical society. Just because you've had a hit play once, love, doesn't meant that you can look down your nose at me. The proliferation of Pub Theatre and the impressive through put of the many Fringe Theatre events means that there are more opportunities for smaller and lower budget productions to reach an audience. There is more choice for audiences and I sense a little fear in Tarento's rhetoric that I have seen before somewhere. Ah yes, the Independent Film Industry experiences the same sort of derogatory and ill informed drivel from similar intelligentsia. I attended the ENO's opening night of Madam Butterfly recently and I chose to wear jeans and a t shirt. I wrote the review for the guys here at AlbieMedia, who had obtained the press ticket for me and, after I wrote the review, I looked at what else had been written. Now, it's not my style to name and shame but some of the reviews by paid so called professional arts critics demonstrated a complete lack of understanding for the source material, for Puccini and for the amazing work of the ENO. Why should the issue of whether you are paid to review or not be the sole defining factor as to whether you are able to write intelligently. Guess what Tarento? If we write and don't get paid it's  because we love what we are writing about. The passion I feel about creative brilliance in the Theatre bubbles up from me like a well of pure water, it will never be quenched or muddied by the sort of ridiculous and embarrassing pap that I have read today.

Bloggers unite I say! Write like you have never written before. I go to Brighton Fringe next weekend and I will be reviewing more plays in a weekend than I could possibly imagine. Perhaps if you weren't so concerned about your bottom line, Tarento, you would see the value of review that is written out of impassioned love and not just for a nice monthly pay check. Time to change your view and think a little more before you betray your own lack of intellectual background and perhaps your integrity needs a boost as well! Oh and by the way I don't define who is a "proper writer" by how much they get paid. The quality of writing is not something that has a price tag attached to it but, of course you know this don't you, Tarento?