SotD - Mumford & Sons, There Will Be Time 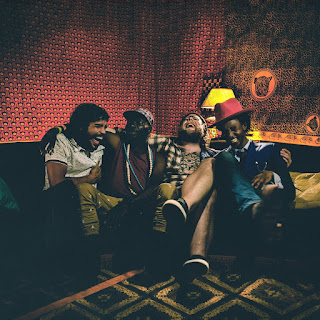 AlbieMedia's Song of the Day (SotD) is our choice of a single or album track that we think you need to hear. Today, Nate McKenzie listens to Mumford & Sons, There Will Be Time...

After Wilder Mind was released in 2015 it seemed that Mumford and Sons had taken a turn in a new direction, at least in terms of their sound and musical mission statement. The general consensus was, essentially, "I like the album but not as a Mumford and Sons album. It's just not them."

Following a new vision is never a terrible idea as an artist, no matter the medium; an artist that has found success has done so by trusting their instinct. Although Wilder Mind was a deviation from the Mumford and Sons we're familiar with its quality is still pristine. It is a strong effort for a band that was attempting to keep from being typecast. The problem was that Mumford and Sons found fame by being outside the mainstream and their attempt at a change from their norm meant that they had to drift a little more toward the centre of the popular musical current. They should not be disparaged for that fact as they've proven their ability to stand apart.

That said, devoted Mumford and Sons fans have a pleasant surprise in store for them.

The new album Johannesburg (17th June release) is a collaborative effort that features multiple names you and I have never heard of; names like Baaba Maal and Beatenberg. The upcoming five tracks were recorded over two days in South Africa. A trailer for the album was uploaded on April 22nd. Last week, the first track from the album was released.

There Will Be Time begins with a piano intro and raw vocals from Baaba Maal singing in Puular (a language in Senegal, his home country) then segues right into Marcus Mumford's voice filtering through his scratching-post vocal chords. "In the cold light I live / to love and adore you / it's all that I am / it's all that I have" he declares until Maal comes back in, with tribal drums and a plucky guitar in tow... until that familiar bluegrass tempo, with speed picking and powerful emotion-filled vocals kicks in.

By the time the song reaches the apex with harmony and driving beats even a casual listener will recognize that Mumford and Sons has returned to the form that garnered their cult-like following.

To be completely honest, when There Will Be Time came on the radio in my car I couldn't wait to get home and write about how much I didn't like it. It took only one more listen to hear its brilliance and change my mind.

I am certainly back on the Mumford bandwagon and Johannesburg is already at the top of my summer listening playlist, if only for the beauty that is There Will Be Time.