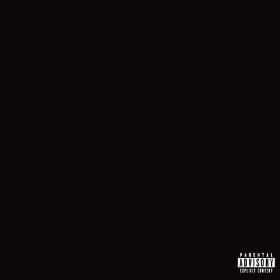 AlbieMedia's Song of the Day (SotD) is our choice of a single or album track that we think you need to hear. In a week of selections from his rap collection, Nate McKenzie starts with Lupe Fiasco, Bitch Bad...

I grew up listening to rap because it was at the forefront of entertainment, media, and even legislation in the 90s. Even as a white kid from the country I was aware of the importance of rap's contribution to social conversation. That commentary is less easily accessible now because of mainstream media's chokehold on what music is widely promoted. However, among rap's commerce-friendly artists there are still rappers trying to say something meaningful; it's just that now you have to actually seek them out.

I am no rap historian. I just love music. (For a comprehensive history of rap's significance check out The Rap Yearbook) If you say you love "all kinds of music" but don't include rap, then you don't love all kinds of music.

This week is all about current rappers that I don't think get enough (or any) recognition outside of the rap fanbases. First up, my personal favourite.

Much of Lupe's music has a strong socio-political message. Like in Words I Never Said:

He doesn't shy away from saying the things that he feels need to be said. Whether you agree with him or not, it is refreshing to hear an artist that attacks issues instead of reacting to them. The rap I grew up with was proactive dealing with injustices which that generation faced. Too much of what you hear on the radio now is all about cars, alcohol, and women. I am not disparaging those songs. There is a place for those in music. I just prefer other avenues that more cerebral rappers venture down.

By the title alone you would think that Lupe's Bitch Bad is just another cookie-cutter rap song. It is not.

Bitch Bad is an examination of the significance of the word 'bitch' in hip-hop, and to a wider degree, our society.

With his lyrics, Lupe spins a yarn in the first verse about a young boy hearing his mother call herself a 'bad bitch' and how that affects his perception of her, and ultimately, other women.

First he's relatin' the word "bitch" with his mama, comma
And because she's relatin' to herself, his most important source of help,
And mental health, he may skew respect for dishonor

Verse two is the view from the other side of the street - how little girls view the same word, from a very different perspective.

Verse three: it all comes together:

Being socially aware is one thing; deconstructing a facet of your livelihood and casting a negative light on it is something else. Something that almost never happens. Lupe Fiasco does it consistently and as well as (if not better than) anyone else.

Read the lyrics in their entirety while you listen.