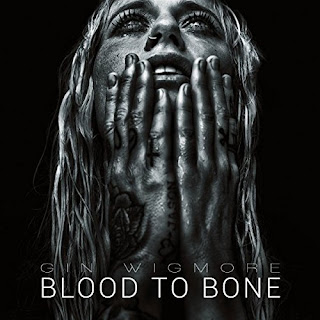 AlbieMedia's Song of the Day (SotD) is our choice of a single or album track that we think you need to hear. Today, Nate McKenzie recommends some gin, oh sorry, Gin Wigmore ...

The easy comparisons to make of New Zealand-born Gin Wigmore are to Amy Winehouse and Adele - and I don't make those comparisons without realizing the weight of doing so. Wigmore's sound is also individualized, though, because her songs are so diverse. In researching her releases, within three separate songs I heard droplets of Marilyn Manson's music, the command of Taylor Momson's voice (of The Pretty Reckless), and the overall ambiance of Shiny Toy Guns.

The newest single from Wigmore, Willing To Die, features rappers Suffa and Logic and interestingly is not a part of her current album Blood to Bone; it is a standalone release. From the intro sample of a 1940s folk style song ("Rosie" by Alan Lomax), to the hip-hop vocals by Suffa and Logic, her willingness to attempt new sounds with her music is Wigmore's strength even if her beauty and sultry voice will be at the forefront of her rise in popularity. But that is the way media and the music industry work; you can't fault her for that.

Nor can you blame her for taking advantage of it while she can.

I am ashamed that I haven't heard her sooner. However, I am happy I get to listen to her music before she blows up and I can't get away from her songs on the radio. Familiarity breeds contempt, you know.

Nonetheless, make no mistake: Gin Wigmore is the next big thing.