SotD - Fitz and the Tantrums, HandClap 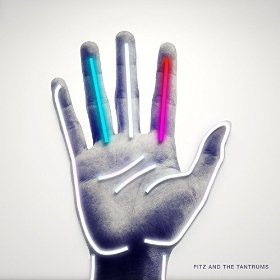 AlbieMedia's Song of the Day (SotD) is our choice of a single or album track that we think you need to hear. Today, Nate McKenzie listens to Fitz and the Tantrums HandClap....

Fitz and the Tantrums are a band that the casual music fan might recognize when they hear but not necessarily remember the name of. Which is odd because they have one of the best band names in the business. Whenever I compare Fitz to another sound it is often to Florence and the Machine and vice versa. They are one of those bands that always gives you unbridled energy with their music and soulful vocals.

Sticking to that time-tested formula of upbeat and snappy, HandClap is the new single from The Tantrums. Unfortunately, it sounds like a song from someone like the Neighborhood or 3OH!3 with the rap-singing style of the lyrics by lead singer Michael Fitzpatrick; at least until co-lead singer Noelle Scaggs pipes in with her recognizable voice.

(Author's Note: I enjoy Neighborhood and 3OH!3 - I just don't expect/want Fitz to emulate them)

The problem with HandClap is that when you listen to the other single from the new album, Complicated... they sound exactly alike. Which was my initial thought with HandClap - it's too common. There's nothing special about it. Complicated and HandClap are completely interchangeable, not only with each other but with any other pop song on the radio.

I might enjoy HandClap more if I hadn't known it was from Fitz and the Tantrums when I first heard it. Because I expect better music from them. Scaggs may not be the "lead" singer but her voice drives this bands music. Abandoning that format and putting her on the back-burner is a mistake. It is not a terrible song by any means (it will be on my summer playlist for sure) it's just not what we have come to expect from them.