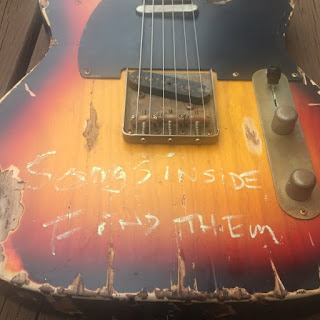 AlbieMedia's Song of the Day (SotD) is our choice of a single or album track that we think you need to hear. Today, Nate McKenzie listens to May....

Last week was like an anniversary of youth for the twenty-year-old version of me that resides somewhere inside my psyche. First, Brand New released a new song and further teased a new album, then May appeared out of the Emo ether to give us a taste of what Dashboard Confessional has been up to.

Except... May is not as much Dashboard as it is Twin Forks. I was really excited about hearing new Dashboard.

Defined more by guitar picking than strumming, May is a summertime folk song. A good one, to be sure. But it's a middle of the road folk sound whereas Dashboard was known for chords that almost didn't make sense together but that bled into Chris Carrabba's pleading voice and lamenting lyrics and created that wholly iconic sound that was unmistakably Dashboard Confessional.

May doesn't have anything unique to contribute.

Even Carrabba's voice has clearly taken a beating over the years. As a ticket-holder for an upcoming Taste of Chaos show in Philadelphia in a few weeks, I really hope this is just a poor recording and not an indication of what Carrabba will sound like live.

I can say this for May: it is catchy as hell. The lyrics aren't strong, as you would expect from Chris Carrabba, but you'll be singing them in your head after two listens.

May is not bad; it's just not Dashboard.

If you want folk: go with Twin Forks (or Shakey Graves). If you want Dashboard, stick to the old stuff.