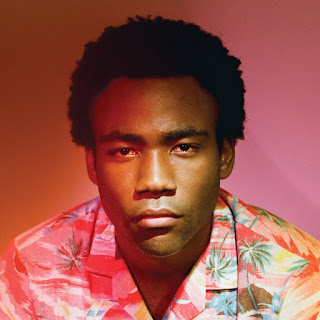 AlbieMedia's Song of the Day (SotD) is our choice of a single or album track that we think you need to hear. In a week of selections from his rap collection, Nate McKenzie continues with Childish Gambino and Sweatpants...

Childish Gambino is the nom de guerre of actor and comedian Donald Glover. If you are unfamiliar with his role as Troy Barnes on Community you are missing out on one of the funniest characters in the last ten years (and one of the best, most complex comedies ever made). His stand-up is equally as entertaining, with an off-the-cuff style that is a fresh reprieve from the over rehearsed productions we are used to seeing.

As a rapper, Gambino delivers track after track that infuses his naturally nerdy vibe with a street savvy that resonates with overlapping demographics. His music is laced throughout with gritty lyrics on songs with titles like Flight of the Navigator and Freaks and Geeks.

From 2013's Because the Internet today's Song of the Day is Sweatpants.

On Sweatpants, Gambino toes the line between coming off conceited and confident. Whereas a lot of rappers are staunchly conceited, Gambino's wit ties together unreciprocated repartee with topical references, over beats that compliment his unassuming, genuine style. His strength is in his lyrics and he is smart enough to know that. That's why they are so good. He also knows that. Some people despise guys like Gambino; but those are the people that never get where they want to go in life.

And he says it all with the hook: