SotD - Brand New, I am a Nightmare 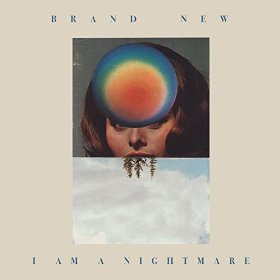 AlbieMedia's Song of the Day (SotD) is our choice of a single or album track that we think you need to hear. For the start of a brand new week, Nate McKenzie listens to Brand New, I am a Nightmare...

Seven years is a long time between studio albums. That is an eternity in the music industry; it's even longer for devoted fans of any particular band.

When that band is Emo-Rock legends Brand New, whose fans are a select breed of music aficionados, seven years is the time between the end of youthful stupidity and the mire of adult responsibilities.

Earlier this year there was a slew of chatter from Brand New hinting towards a new (and possibly final) album in 2016. Last week Brand New unceremoniously released their new single I Am a Nightmare, the first new song since Mene came out last year. I don't know which I'd rather have: one single per year for the next ten years or a complete, but final, new album, right now. For the time being, I am just happy to have a new song.

I Am a Nightmare is a revisit to Emo purity. Heavy on the guitar, light on the pretense, driven by Jesse Lacy's cathartic (maybe somewhat acerbic) lyrics, Nightmare brings any Emo lifer back to the early days of the intertwining of Emo-Rock and Pop-Punk.

While veteran Emo 'kids' Fall Out Boy have covered themselves in the stench of mainstream pablum for the sake of commercial success, Brand New has continued to deliver honest, original music. That is the result when a band focuses on the music instead of playing to the MTV crowd.

Even if it won't be listed as a Top-5 Brand New song any time soon, I Am a Nightmare deserves respect for what it is: an anthem for (hopefully) a new swarm of Brand New fans. If a final album is on the way, Nightmare could be the vessel Brand New rides to the widespread recognition they've never sought but very much deserve.