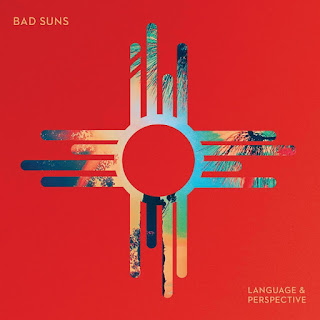 AlbieMedia's Song of the Day (SotD) is our choice of a single or album track that we think you need to hear. Today, Nate McKenzie listens to the hard-hitting Salt by Bad Suns...

Music has always walked arm in arm with the political and social landscapes of its day. Bob Dylan is probably the most well known example of a musician directly referencing injustice with their music. Slaves on plantations in the South used to sing songs of freedom and servitude with the likes of "Swing Low, Sweet Chariot". Even Greek philosopher Plato understood the power of music as it pertained to politics.

"Any musical innovation is full of danger to the whole state, and ought to be prohibited," Plato warned. "When modes of music change, the fundamental laws of the state always change with them."

We'll agree to disagree on the prohibition of music, Plato. Still, his point stands: music moves the masses.

The narrative of Salt is that of a man dealing with identity issues and the video portrays that perfectly. Lead singer Christo Bowman sings "Stuck inside of the wrong frame; I don't feel attached to this name" while a man on the screen suffers through gender dysphoria, attempted suicide, drug addiction, and sexual assault.

In the lyrics, you hear Bowman's empathy and his yearning to create a universal message. The video depicts that effort in an incredibly powerful way.

Music has always been a mechanism for engaging in conversations about issues that affect many people. For anyone who doesn't know how to communicate their feelings succinctly, music lyrics are an imperative device for doing so.

A major issue in the United States, currently, is that regarding transgendered persons use of public restrooms. In fact, all issues regarding transgendered people and the LGBT community are being hotly debated. Not all of the opinions you hear are sensible or fair - and I do mean to say that if you have a problem with transgendered people you are an asshole. There are solutions to the issues, but only in the absence of judgement and prejudice, when everyone adopts a policy of active listening and attempts to understand the other side of the debate. Of course, by that I mean that people opposed to transgendered humans having the same rights as everyone else should get out from behind their pretentious daises and open their tiny, shuttered minds.

With Salt, Bad Suns have created an anthem for the transgendered community, but more than that, they have created a conduit for anyone with feelings of insecurity to find compassion and the realization that there are others dealing with the same struggles. Feeling as if you can't be yourself would be hell; being persecuted for trying to escape that hell is just salt in the wound.