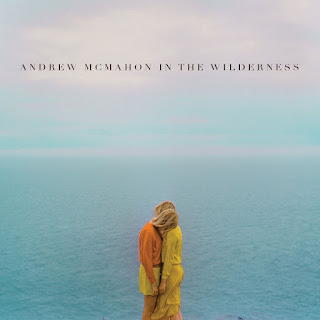 AlbieMedia's Song of the Day (SotD) is our choice of a single or album track that we think you need to hear. Today, Nate McKenzie listens to Cecilia and the Satellite by Andrew McMahon...

Released in 2014, In the Wilderness is the newest album by Andrew McMahon, the former lead singer/pianist for legendary Emo band's Something Corporate and Jack's Mannequin.

McMahon has not produced a finished product that is anything less than stellar (which is no surprise - he is from just outside of the greatest city on Planet Earth: Columbus, Ohio). Many of his songs are Emo canon: Dark Blue, Punk Rock Princess, If You C Jordan. If you portend to be a fan of emo/pop-punk bands from the early aughts and someone asks you about Something Corporate's Konstantine you better know every note and lyric or risk ridicule. With Jack's Mannequin, McMahon released Everything In Transit in 2005 and it has such a following that early this year they did a 10 year anniversary tour and played the album in its entirety. (My biggest regret of this year so far is not getting tickets to see that) The aptly titled album The Pop Underground EP (2013) launched McMahon's solo career and was highlighted by the first single Synesthesia. That song made it known that he was on a new path but had not abandoned the sound motif he had established with past projects, nor the fans that love him.

But even as devoted as Andrew McMahon fans are, Wilderness has not yet gotten the respect it deserves. I know supposed die-hard SoCo and Mannequin fans that haven't heard any of McMahon's solo work.

They don't know what they are missing and their fandom deserves to be questioned.

All of Wilderness is fantastic but the first single from the album, Cecilia and the Satellite is MDMA in musical form. McMahon's earnest vocals and tickling piano mix with digital accoutrements that sound the way fireworks look when they splash in the sky. Part of his talent is in the imagery he creates with his lyrics and the way they meld against the musical canvass; Cecilia is a prime example of that marriage of words and sounds.

If you have a week, start at the beginning of Andrew McMahon's musical catalogue and listen through. In the likely case that you don't have an entire week to devote, at least check out the songs I have mentioned (which you can find on our YouTube playlist).

For now, brighten your day with Cecilia and the Satellite.