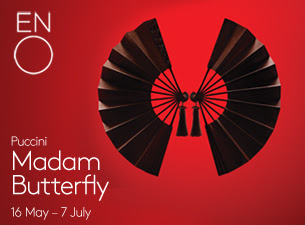 VentSpleen heads for the hills of Japan via the London Coliseum as he takes in the wonder of the opening night of the latest production of Puccini's Madam Butterfly by the English National Opera...

I have been an ardent admirer of Puccini's Madam Butterfly since as long as I have been listening to opera. I'm not entirely sure why I have never had the pleasure of seeing the operatic tour de force performed live before but, up until last night, that was certainly true. In fact, attending the Opening Night of ENO's revival of the late Anthony Minghella's world renowned production of Madam Butterfly was to be my first ever live Operatic experience.

As I took my seat in the Dress Circle of the London Coliseum I immediately betrayed my inexperience as, wide eyed and open mouthed, I was entirely seduced by the epic grandeur of the Coliseum. If this was to be my first, I simply could not imagine a more appropriate setting to enjoy Puccini's genius in. This is so much more than a theatre or operatic venue and you can almost feel the history of the auditorium invading your heart and soul. This is a place where even the gods would be entertained and not feel appropriately reverenced. In addition to loving the beauty of Puccini's libretto, the sheer scale and exquisite delight of his orchestrations are second to none. The air of expectation and excitement was palpable as the orchestra began tuning and the thunderous applause that greeted world famous Sir Richard Armstrong as he took to the Conductor's dais only served to heighten the atmosphere. As the house lights dimmed and the opening bars of Act One began I knew I was in for an absolute masterclass in Operatic brilliance. 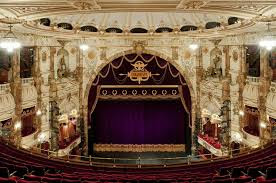 If there was to be a production of Madam Butterfly that would have Puccini's seal of approval then Minghella's vision would be the one I chose. The wonderful marriage of Japanese theatrical spectacle and Italian operatic prowess almost sets itself as a direct contrast to the doomed relationship between Butterfly and Pinkerton. Minghella also wonderfully demonstrates his cinematic experience as this production assails the eyes with vibrant and beguiling images which serves to elevate this production to an almost heavenly level of mastery. Whilst never for a moment overwhelming Puccini's original focus, Minghella's direction serves to underline and celebrate the majesty of the opera. As should always be the case, Butterfly enjoys the central and pivotal position, the inevitability of her death grows ever more acute as Pinkerton's callous disregard for her becomes apparent. Rena Harms is an alluring delight and portrays the purity an undefiled fragrance that is so essential for Butterfly. David Butt Philip perfectly captures Pinkerton as not actually evil but entirely selfish and uncaring in his horrendous treatment of Butterfly. I've always found Pinkerton to be a fascinating character, in that he has no redeeming features at all and, even at the end, when the true cost of his mistreatment is laid bare he still only has feelings for himself. George von Bergen is wonderful as the conflicted Sharpless, torn between his loyalty to Pinkerton and his sympathy for the terrible plight of Butterfly. Stephanie Windsor-Lewis is radiant as the always loyal Suzuki and her heart wrenching despair at her mistress' plight is almost too painful to endure. The use of puppetry to portray Butterfly and Pinkerton's child was always going to attract a great deal of interest with a concern as to whether the appropriate level of emotion could be conveyed to such a central character. The expertise of puppeteers Blind Summit led to some of the most believably fluid movements and delighted and entranced the audience. 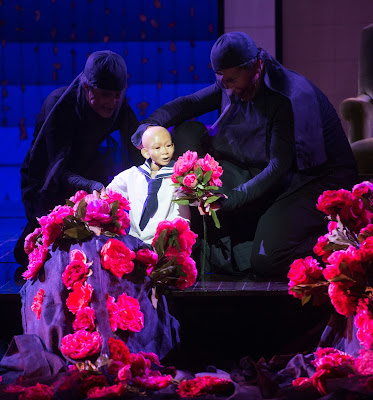 The use of light and shadow is central to this production of Madam Butterfly and, whether it is to portray the portentous return of Pinkerton or to dazzle the audience with a vivid red wash accompanying an astounding traditional Japanese Fan dance, the effect is truly one of the most impressive I have ever seen. The use of paper sliding partitions to mark doors or room areas is a clever staging device, it adds a feel of authenticity with the oriental setting whilst at the same adding a wonderful fluidity to the production. A particular highlight for me was the vibrant red flower bushes that are portrayed on the backs of actors, very clever and very effective when moving them into position on stage. The costumes are also dazzling with their use of colour and never was this more apparent than at the wedding of Pinkerton and Butterfly. If there is a scene that epitomises the symmetry between Opera and the Orient then here it is vividly portrayed. I felt that the raising of the back of the stage to an incline wonderfully conveyed the hill top location for Pinkerton's house but at the same time made it much easier for the audiences to believe the powerful story in all its tragic glory. 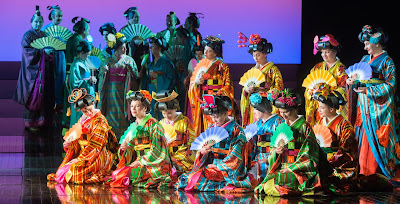 Considering the production's duration is just under three hours, the time passes at quite a pace due, in part, to the three Acts but also to the entrancing characterisation. ENO are to be congratulated in their portrayal of an opera that, performed badly, can feel all too familiar with nothing new or striking. This is not the case here and Puccini's opera has never felt more fresh and more relevant in our modern society. Butterfly's final scenes played out dramatically on an almost bare stage and her final act accentuated by the use of red ribbons that span the entire length of the stage are so incredibly powerful but at the same time fantastically artistic. As the tumultuous applause starts to reverberate around the Coliseum I feel the full force of her torment and a small part of me is relieved that her pain has been put to an end. It is hard to believe that anyone who takes the time to enjoy this performance would come away with anything but a deeper love for Puccini and for the work of the ENO.

Opera has an unfortunate elitist label attributed to it, with many feeling that it is only for the moneyed or higher echelons of our society. Whilst this may have been true in the past, the fact that the ENO is making a large number of the tickets available at £20, a fraction of the full priced seating, is something which I would like to see more clearly advertised. I passionately believe that if we can simply convey to the public that they need to experience a live performance to fully feel the power and drama of Madam Butterfly then more would come to experience this for themselves. Yet, many people will sadly ignore this opportunity assuming that it will be inaccessible to them. As is often the case, the production is fully subtitled with use of a digital display at the top of the stage. As this version of Madam Butterfly is performed in English, losing none of its magic and potency, this serves to heighten Puccini's work and the audience's emotional response. My own love affair with Madam Butterfly began with enjoying The Humming Chorus on a compilation album when I was a teenager. I was struck by the wordless beauty and depth of the orchestral arrangement, and so began a deep and desperate admiration of Puccini's work. I would urge anyone who has yet to experience opera in its natural home to take the opportunity to do so. Even if you conclude that it is not to your taste you do so at least with an informed mind rather than an assumption that could rob you of an experience that you will never forget. 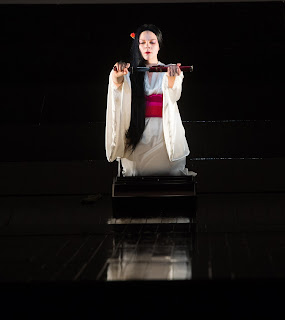 Madam Butterfly runs until the 7th July at the London Coliseum and you can book tickets here.