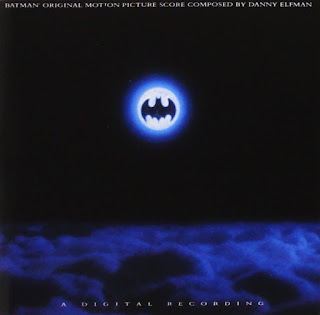 It was Danny Elfman's birthday yesterday so VentSpleen explains his love affair with the man, the mystery, the musical madness and his contribution to the films of Tim Burton...

As a musician I have always been aware of the power of music, especially within films. Imagine Batman without the anthemic Batman March or Nightmare Before Christmas without all of its music (or worse if it had been written by Andrew Lloyd Webber.) In fact imagine any of Burton's films (aside from Ed Wood and Sweeney Todd) without the music that goes with them and you have a world where Tim Burton and Danny Elfman haven't worked together. That would be a true nightmare! Film scoring is an essential part to the success of a film. Get it right and you have a classic that will never die, get it wrong and you have, well you have a film that is instantly forgettable (I can't think of any examples - I guess that's my point)

My first experience of Danny Elfman's genius was with the Burton film Beetlejuice (1988) as a 13 year old boy I was amazed by the mad, frenetic scoring and use of the orchestra. Listening to it now it's classic Elfman! The clash of lunacy accentuated with choral arrangements and huge swirling strings perfectly acts as a curtain raiser to Keaton's portrayal of our titular spook. Just as you think you've got it sussed with a volley of brass and yet more chorus it fires off into a direction you didn't imagine. Its nightmarish, its totally bonkers and its totally Elfman! Beetlejuice was also my first Burton experience and wow what a ride! I love his Gothic, nightmarish world yet lit up by a deep and dark sense of fun. That's Tim Burton for you!

Flash forward two years and I find myself absolutely rocked in my seat by the Batman theme. It just doesn't get any better! Again here are the Elfman hallmarks of soaring Orchestral arrangement and wonderful choral sections. Who can imagine watching Batman save Gotham to anything else? It seems like the marriage of Burton and Elfman is one of film histories happiest matches. Not surprising given that they are long time friends. Elfman has been quoted in saying of Burton "We don't even have to talk about the music. We don't even have to intellectualise – which is good for both of us, we're both similar that way. We're very lucky to connect" Well, it certainly shows! Although a terrifying concept that someone, anyone can get into Burton's head we are certainly blessed because its Elfman. This is at the heart of why they work so well together. Its a perfect connection of music and visual that doesn't fight for your attention. Elfman's music completely compliments and lifts Burton's visuals. Elfman's music is every bit as Gothic and dark as Burton's film creations and that is why they are so successful.

As I write this I am listening to Elfman's soundtrack for Burton's film The Nightmare Before Christmas. I marvel at the wealth of musical gold that is contained here. Burton's story and characters are simply astounding and it's Elfman himself that brings to life the (sung) Jack Skellington (also Barrel and the Clown with the tearaway face) Listening to an Elfman/Burton scoring is like witnessing an orchestra on steroids, it simply does not rest! You can sometimes watch a film or tv show and feel that the scoring is overbearing, it clashes and distracts from what you are watching. I have always been a fan of Murray Gold and his work on Doctor Who but occasionally he gets it wrong. When he does the audience look away from the action and focus on the music- this is not the place of a film score. Yes, its true that the market for film scores is massive! Music geeks like myself have huge collections and Elfman's contributions to Burton films forms a large part of it. Before the day when films made the transfer from Cinema to DVD (or VHS as it was) relatively quickly it often took a year. I remember buying the soundtrack from Batman Returns the day after I'd seen the film and each track brought back scenes from the film. That's how you know when a scoring has worked!

It drags you back, kicking and screaming, into the world you've just left! Burton, himself, knows when he's onto good thing so it should be no surprise that Elfman has scored all but two of his films (Ed Wood and Sweeney Todd) I notice Elfman's absence from both projects. I am honoured to be writing this article as it brings together two geniuses of their art. Burton creates a world unlike anything I have ever seen on film before. His films are uniquely Burtonesque and wonderful to behold, they leave a mark on you and one that is never to be forgotten. Who but Burton would dream up a normal suburban street and stick a whopping huge gothic castle at the top of it (Edward Scissorhands) and then, and then, film the castle in black and white? Elfman? Well Elfman has composed such an instantly recognisable style of film scoring that even the casual listener can tell his work apart. So please if you will, raise a glass in celebration of the union that exists between Burton and Elfman!