The Southbank Centre in London announces its Summer Performance, Dance and Comedy programme...


Southbank Centre has announced a summer programme of performance, dance, theatre and comedy celebrating a multitude of invigorating work by performers from across the world including: UK premiere by one of Europe's leading dance companies Ballet National de Marseille ; London premiere of Klanghaus: On Air, an immersive musical experience drawing audiences to unseen spaces of the Royal Festival Hall ; UK premiere of Air Play, an awe inspiring family adventure of epic proportions with flying umbrellas, Larger than life balloons and breathtaking kite displays ; a night of unpredictable comedy and music with the internationally renowned performer Reggie Watts ; and the return of Alchemy which includes a host of compelling performances celebrating the cultural connections between South Asia and the UK.

Rupert Thomson, Senior Programmer for Performance and Dance said: The Festival of Love is a great opportunity to show some of the ways we are looking to steer the performance and dance programme here at Southbank Centre. Drawing on the summer energy generated across site, we hope these are shows that blend an exciting artistic outlook with an open welcome to audiences. The festival will feature arts and activities indoors and out for all ages, from top international dance companies to local community groups. There will be performances using every nook and cranny of the Royal Festival Hall and lots of music in public spaces all over the site, with more exciting shows still to be announced. 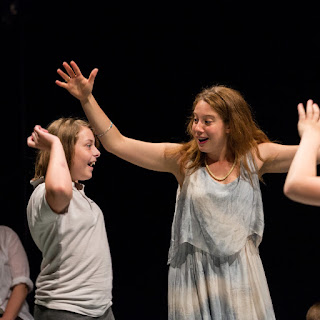 ● London premiere of Klanghaus: On Air , an immersive musical experience developed by experimental art/rock band The Neutrinos and visual artist Sal Pittman combining light, sound and space to unravel a secret world from the walls of the Southbank Centre’s unseen spaces (7-29 July)

● Immersive and intimate production Everything by my side where Seven women welcome strangers into seven white beds amongst the flow of people on Queen’s Walk, part of LIFT 2016 (4-6 June)

● Alchemy , the largest festival of South Asian culture outside the subcontinent returns for a seventh year with a powerful programme of performances including: world premiere of Mawaan Rizwan’s new anarchic clowning standup show Gender Neutral Concubine Pirate (20 May) ; Cabaret Salon, a cabaret night of music, drag and alternative comedy featuring some of the UK's best South Asian performers and led by comedy’s most seductive idiot Mawaan Rizwan (20/21 May); Be Careful, a satirical provocation by performance artist Mallika Taneja (22 May); a stage adaptation of Amana FontanellaKhan’s Pink Sari Revolution, the gripping account of the formation of the 20,000 female vigilantes army Gulabi Gang in rural Northern India (24 May); Hamlet in Nepali, the first time this Shakespeare play has been translated in Nepali (27 May) alongside a rare opportunity to see The Winter’s Tale in Urdu (29 May) and a captivating double bill Kin and Rage & Beyond by leading kathak dancers Sanjukta Sinha and Sanjukta Wagh.