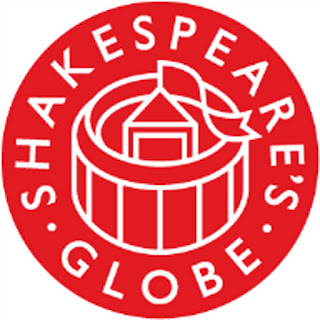 With summer hardly upon us yet, Shakespeare’s Globe announces Emma Rice’s inaugural winter season in the Sam Wanamaker Playhouse...

The 2016-17 Wonder Noir Season will open with John Milton’s Comus – A Masque in Honour of Chastity, directed by Lucy Bailey, from 26 October. Next is Hans Christian Andersen’s The Little Matchgirl (and Other Happier Tales), directed by Emma Rice, John Webster’s The White Devil directed by Annie Ryan, and Shakespeare’s Othello, directed by Ellen McDougall. December will also see the   return of Jonathan Munby’s acclaimed production of All the Angels – Handel and the First Messiah, after its sell-out run in the 2015 winter season.

Opening the season in the candlelit Playhouse will be Comus – A Masque in Honour of Chastity, directed by Lucy Bailey, from 26 October. First presented in 1634, Milton’s epic masque tells of an unnamed heroine lost in the woods who encounters Comus, God of Revelry. Trapped in his magical palace, she is forced to choose between pleasure and virtue. Lucy Bailey returns to the Globe after memorable and acclaimed productions of Titus Andronicus (2006 and 2014), Timon of Athens (2008) and Macbeth (2010).

Over the Christmas period, the Playhouse will host Hans Christian Andersen’s The Little Matchgirl (and Other Happier Tales), adapted for the stage by Joel Horwood and Emma Rice. Running from 24 November – 22 January, Emma Rice directs the show, which offers a magical world for adults and brave children alike, brought to life with music, puppetry and candlelight. Christmas also sees the return of the critically acclaimed play with music All the Angels – Handel and the First Messiah, from 6 December. Written by Nick Drake and directed by Jonathan Munby, All the Angels traces the incredible story of the world’s most popular choral work, Handel’s Messiah, from its first rehearsal in a Chester pub to the world stage.

The season continues from 26 January with John Webster’s The White Devil, directed by Annie Ryan. Consumed by a violent passion for that which is forbidden, the Duke of Brachiano murders his wife in order to possess another woman, triggering a cycle of violence, deceit and madness. Annie Ryan is the founder of acclaimed Dublin theatre company The Corn Exchange. Her recent credits include an adaptation of James Joyce’s Dubliners (Dublin Theatre Festival) and a critically acclaimed adaptation of Eimear McBride’s A Girl is a Half-Formed Thing (Young Vic and UK tour), which won The Amnesty International Freedom of Expression Award 2015.

Drawing the season to a close is Ellen McDougall’s Othello, from 23 February. One of Shakespeare’s most devastating and atmospheric tragedies, the play tracks Othello’s descent into jealousy and madness after the scheming Iago convinces him of his wife Desdemona’s infidelity. Ellen McDougall most recently directed the critically acclaimed The Rolling Stone (Orange Tree Theatre). Formerly Associate Director at the Gate Theatre, her production of Ivan and the Dogs was nominated for an Olivier Award. Other credits include The Glass Menagerie (UK Tour with Headlong), Anna Karenina (Royal Exchange Theatre), Idomeneus (Gate Theatre), Henry the Fifth (Unicorn) and Glitterland (Secret Theatre, Lyric Hammersmith).

Emma Rice, Artistic Director of Shakespeare’s Globe, said “As the nights draw in, my Wonder Season moves indoors and slips sensuously into ‘noir’. I’ve been itching to get into the magical den that is the Sam Wanamaker Playhouse and can’t wait to explore its intoxicating beauty. Moral complexity, tragedy and folklore will all come together with John Milton’s Comus, John Webster’s The White Devil, Hans Christian Andersen’s The Little Matchgirl and Shakespeare’s masterpiece Othello. I look forward to welcoming you to Wonder Noir, and bringing these haunting, surprising and enrapturing tales into the flickering candlelight.”