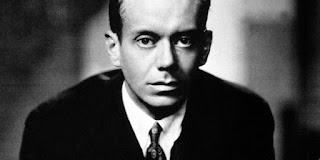 Broadway composer Cole Porter’s birthday is marked with substantial survey of his songbook by the RSNO tomorrow and Saturday...

Twentieth century musical monolith Cole Porter would have been 125 next month (his birthdate was actually June 9, 1891) and the Royal Scottish National Orchestra (RSNO), sharing the same anniversary year in 2016, will mark the occasion by performing two concerts this weekend focussing on his substantial catalogue of music for stage and screen.

In a career that spanned over three decades and produced over twelve hundred works, Cole Porter can rightly be considered one of the true pioneers of the popular song, bridging the gap between the dominating popularity of classical music at the beginning of the 20th century and the subsequent emergence of popular music. Unusually for the time, Porter wrote both the music and lyrics, the only other notable exception being his great rival Irving Berlin, who famously said of Porter while referencing one of his one hits, “I still say, to paraphrase an old bar-room ballad, ‘anything I can do, you can do better’.”

Widely-recognisable Porter tunes such as I Get A Kick Out Of You, Let’s Do It (Let’s Fall In Love), Love For Sale, Night and Day, It’s De-lovely… have become enduring classics from Broadway and London’s West End. These evenings, at the Usher Hall, Edinburgh on Friday 13th May and at the Glasgow Royal Concert Hall on Saturday 14th May, are devoted to the wit, lyricism and style of the Cole Porter Songbook.

The RSNO will be led by British conductor Wayne Marshall and joined by vocalist Kim Criswell, whom The Telegraph’s opera critic Rupert Christiansen describes as having, “…superb musicianship and technique, as well as an imaginative attention to the text that many opera stars would do well to emulate.”

Kim Crisswell said “Out of all of the talented composers and lyricists of Broadway's Golden Age, there is none more fascinating and addictive to me than Cole Porter, who wrote both music and lyrics. He could take his audience through every emotion and style: from bawdy to poignant, from passionate to erudite, all paired with exquisite music and all in one evening's entertainment. I look forward to having just such an evening with the wonderful RSNO and conductor Wayne Marshall!”

To book tickets for the Cole Porter Songbook with Wayne Marshall and Kim Criswell contact the Glasgow Royal Concert Hall Box Office on 0141 353 8000 or the Usher Hall, Box Office on 0131 228 1155. For more information visit www.rsno.org.uk.

Overture from Kiss Me Kate
Another Openin’, Another Show from Kiss Me Kate
I Get a Kick Out of You from Anything Goes
My Heart Belongs To Daddy from Leave It To Me
In the Still Of the Night from Rosalie
Ridin’ High from Red, Hot and Blue
Down In the Depths (On the Ninetieth Floor) from Red, Hot and Blue
Let’s Do It from Paris
Love For Sale from The New Yorkers
Night and Day from Gay Divorce