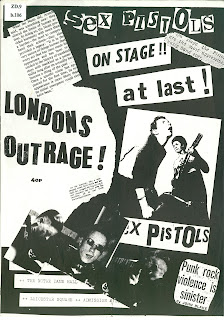 Punk 1976-78 is a free exhibition revealing the extraordinary impact punk had on music, fashion and design across the UK between 1976 and 1978 and is now on at the British Library...


Celebrating the 40th anniversary of punk, the exhibition will explore its roots in the French Situationist movement and New York City art-rock scene through to the rise and fall of the Sex Pistols, from their scandalous live appearance on early-evening TV programme Today to the furore around their alternative jubilee anthem God Save the Queen.

The exhibition will also consider how the culturally and socially explosive phenomenon of punk rapidly transformed Britain’s musical landscape, playing a pivotal role in the rise of the independent music scene and challenging the conventional image of women in rock bands.

Drawing on the Library’s extensive archives, the exhibition in the Library’s Entrance Hall Gallery will feature a range of rare fanzines, unique flyers, exclusive audio recordings and original record sleeves, many of which have never been on public display before.

Exhibition highlights include:
In recognition of the continuing legacy of punk, Punk 1976-78 is accompanied by an exceptional range of British Library events featuring speakers and creators who witnessed and participated in the events of 1976-78 first-hand. 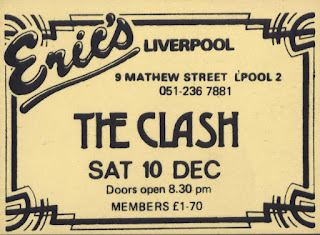 Event highlights include:
Andy Linehan, Curator of Popular Music Recordings at the British Library, commented “Forty years ago punk had a huge impact on many aspects of British culture and continues to do so today, so we’re excited to dedicate an exhibition to it – featuring music, film, magazines and fanzines, record sleeves and more. Punk 1976-78 showcases the British Library’s unique collection of contemporary culture, as well as celebrating a phenomenon that spread across the nation and changed our cultural landscape.”

The exhibition is on until 2nd  October at the British Library and is FREE
Email ThisBlogThis!Share to TwitterShare to Facebook