News - The Hollow Crown: The Wars Of The Roses 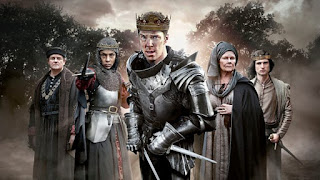 The Hollow Crown: The Wars of the Roses is coming to BBC Two, starting on Saturday 7th May with Henry VI Part 1...

Following 2012's critically acclaimed BAFTA winning first series, The Hollow Crown: The Wars of the Roses is the concluding part of an ambitious and thrilling cycle of Shakespeare's Histories filmed for BBC Two, this time comprisingShakespeare's Henry VI Part I & II and Richard III.

Assembling some of the UK’s finest acting talent, Sam Mendes, executive producer for Neal Street Productions, said: “After the critical and popular success of the first part of The Hollow Crown... yet again we have assembled an amazing cast, led by Benedict Cumberbatch, Judi Dench, Hugh Bonneville, and Sophie Okenedo, amongst many others, under the direction of the hugely talented Dominic Cooke. I'm very excited indeed to see them all bring the rest of this astonishing story to life.”

Reuniting the creative team at Neal Street Productions, who were behind The Hollow Crown, the films are a Neal Street co-production with Carnival/NBCUniversal and Thirteen for BBC. Dominic Cook‎e (former Artistic Director of The Royal Court theatre) makes his TV directorial debut with the three films. Ben Power (Associate Director of The National Theatre), who previously wrote the screenplays for Richard II and Henry V, has adapted the cycle for the screen. Rupert Ryle-Hodges also returns as producer. 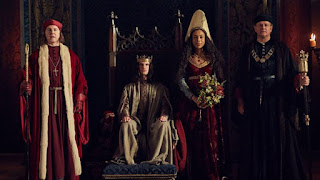 Henry V is dead, and against the backdrop of wars in France the English nobles are beginning to quarrel. News of defeat at Orleans reaches the Duke of Gloucester, the Lord Protector, and other nobles in England. Henry VI, still an infant, is proclaimed King.

Seventeen years later the rivalries at Court have intensified; Gloucester and the Bishop of Winchester argue openly in front of the King. Rouen falls to the French but Plantagenet, recently restored as the Duke of York, Exeter and Talbot pledge to recapture the city from the Dauphin. Battle commences and the French, led by Joan of Arc, defeat the English. Valiant Talbot and his son John are killed.

Warwick and Somerset arrive after the battle to join forces with the survivors and retake Rouen. Somerset woos Margaret of Anjou as a potential bride for Henry VI. Plantagenet takes Joan of Arc prisoner and she is burnt at the stake.

Gloucester protests but still Margaret is introduced as Henry's queen. She begins to complain that the Duchess of Gloucester, Eleanor, behaves like an empress at court and their rivalry escalates. Eleanor is observed performing black magic and is banished, warning her husband Gloucester that he is in great danger.

Accused of high treason by Somerset, Suffolk and Winchester, Gloucester protests his innocence, but is murdered at the Tower whilst Somerset and Margaret make love in the Palace.

Henry banishes Somerset and Suffolk after Gloucester is found dead. Plantagenet is incensed when Margaret is able to bully Henry into reversing the sentence and makes his claim for the throne. The Houses of York and Lancaster are now in open opposition. 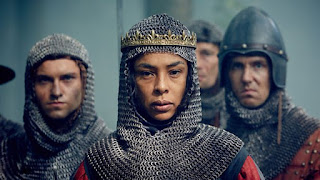 After victory at the Battle of St Alban's, Plantagenet and the Yorkists ride to London to claim the throne. Henry VI negotiates with them to keep the Crown for his lifetime, but it will revert to the House of York on his death, so disinheriting his and Margaret's son Prince Edward.

Margaret is outraged, disowns Henry, and with her Lancastrian allies attacks Plantagenet at his house, slaughtering the Duke and his youngest son Edmund. The remaining sons, Edward, George and Richard, escape and swear to avenge the destruction of their family.

The Yorkists are again victorious at the Battle of Towton and Plantagenet's eldest son is crowned Edward IV. Henry VI is imprisoned in the Tower whilst Margaret escapes to France with their son Prince Edward.

Warwick travels to France to find the King a bride but receives word that Edward is already betrothed to Elizabeth Woodville. Humiliated and enraged, Warwick switches allegiance to the House of Lancaster. Together with Margaret and the King Louis of France, he vows to place Henry back on the throne and Warwick's daughter Anne is betrothed to Prince Edward to cement the alliance.

Edward IV's brother George joins Warwick's forces after failing to advance at Edward's Court but wracked by guilt, returns to the Yorkist cause moments before the Battle of Tewkesbury. The Lancastrians are defeated and Warwick is killed.

In the aftermath of the battle Richard slays Prince Edward in front of a distraught Margaret. Back in London, Richard murders the former King Henry in his cell. With the Yorkists secure on the throne, the Court congregates for the christening of Edward IV and Elizabeth’s newborn son. 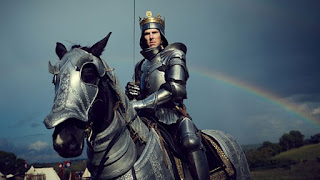 At Westminster Richard speaks about his deformity, the decadence of his brother Edward’s Court, and the nature of his evil plots.

After Richard’s subtle urgings, George is arrested during a birthday feast for young Prince Edward and is led away to the Tower. Soon after, King Edward is taken ill and collapses. With Catesby’s help, Richard arranges the murder of George. King Edward makes one last effort to end family disputes, but Richard breaks up the gathering with news of George’s death.

When Edward dies, Rivers and Grey - relatives of Queen Elizabeth’s - are executed for treason, and her young sons Princes Edward and Richard are sent to the Tower. After Richard executes Hastings for treason, Buckingham persuades the Citizens of London to invite Richard to take up the unoccupied throne. He is crowned at Westminster Abbey with Anne as his Queen. Unrewarded for his efforts, Buckingham begins to distance himself from Richard. To eliminate all potential threats, Richard hires Tyrell to murder the Princes in the Tower.

The Lancastrian Duke of Richmond and his supporters land from France to seize the crown and overthrow Richard. In his underground quarters, Richard directs his forces via Stanley but is becoming increasingly isolated and paranoid. He takes Stanley's son hostage and arranges for the murder of his wife Anne.

Richard leads his army to Bosworth Field and where Buckingham has been captured and is executed for desertion. Stanley joins forces with Richmond and in battle Richard's army is overrun. Richmond delivers the fatal blow to Richard in single combat.

Margaret looks over the devastation of the battlefield. Richmond is crowned Henry VII and is married to Elizabeth, daughter of Edward IV. The Houses of York and Lancaster are finally united, the white rose with the red.