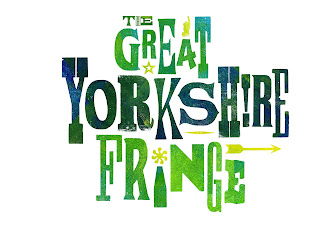 The first Great Yorkshire Fringe was such a roaring success that it’s coming back in July - and is promising to serve up even more of the very best comedians, music and family entertainment from all over the world in York’s historic city centre.

The inaugural event proved a hit with both residents and visitors to the city alike, with more than 120,000 people flocking to a festival of entertainment, music, cabaret, magic and theatre. Building on that success, this year’s weird, wise and wonderful event has been extended by an extra week - so there will be 18 days of entertainment, again centred on Parliament Street, and it will be chock-full with craft beer and wine bars, gourmet street-food, music and much, much more. The full Great Yorkshire Fringe programme features 150 shows or events - up from 63 last year - 300 performances in total and over 600 performers taking part.

Festival founder and York resident, Martin Witts said: “The Great Yorkshire Fringe in 2016 is going to be an even bigger non-stop cavalcade of laughs. Comedy is going to take over the city centre and the sound of infectious laughter will be everywhere! We are also creating The Great Northern Comedy Trail, which will celebrate the lives and work of many of our greatest laughter heroes and venues.”

Parliament Street will again be at the centre of things, as it is transformed into a massive Lazy Lawn village green a 1/4 mile long, a vibrant and exciting space with three fantastic entertainment venues. The White Rose Rotunda is a spectacular century-old Spiegeltent, seating 300 with many seated around tables in mirrored booths. The Turn Pot is another beautiful Speigeltent, seating 200 (double last year’s capacity), and is a starry oasis in the middle of the site, a pop up venue home for up and coming comedy, the Free Fringe and the The Great Yorkshire Fringe New Comedian of the Year 2016 competition. The Gillygate Shed is an exciting new 100-seat pop up venue as the festival expands across the city. Located in the garden of The Gillygate Pub, just a 10-minute walk away, this new venue will have a super-late licence so expect an eclectric mix of shows throughout the day and evening. Brian Furey, Landlord of The Gillygate Pub, said: “Alongside the theatre we are builing a cider bar and an authentic wood burning Italian pizza oven in the garden. Different themed pizzas will be served at various times of the day.”

The Black Swan Inn is an affiliate venue for this year’s festival, hosting the Burning Duck Woodsduck Comedy Festival from 22 – 24 July. A 6 minute walk from the Parliament Street, the events are part of the wider Free Fringe and features comedy from Kiri Pritchard McLean, Jack Evans, Seymour Mace and more. The Arts Barge Riverside Festival at Tower Gardens on 27 - 31 July will also be part of the Free Fringe. 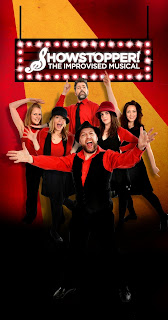 Among The Great Yorkshire Fringe highlights for 2016 are several major productions direct from successful runs in London’s West End, including classic radio comedy from Round The Horne: The 50th Anniversary Tour and Showstopper! The Improvised Musical, the first improvised comedy group to win an Oliver Award who have just finished a three-month West End season at the Apollo Theatre. Sh*t-faced Shakespeare® by Magnificent Bastard Productions is the hilarious combination of an entirely serious Shakespeare play with an entirely sh*t-faced cast member! Side-splitting, raucous and completely interactive, the show has already entertained over 50,000 eager theatregoers across the UK and America.

Returning stand up stars include the incredible Henning Wehn (who had to add extra shows last year), Tony Law and Simon Munnery. “King of the internet” Richard Herring will pick his favourite routines from his 12 previous one-man shows and cram them into 60 minutes. He also brings his award winning Podcast (Winner of the Bronze Award for Best Comedy at the 2013 Sony Radio Academy Awards and the Chortle Internet Award 2013) to York. Star of The Chase on ITV1, Paul Sinha returns to stand up comedy after a 4-year break with Postcards From The Z-List. Other big hitters in a truly international line-up include Jerry Sadowitz, Glenn Wool, Tom Stade, the UK’s
favourite Canadian resident, and the adults-only puppet show Sammy J and Randy, who are stars of their own hit TV show in Australia, combining catchy songs with chaotic tomfoolery and outbursts of pure filth.

“We’re also thrilled that the Great Yorkshire Fringe will be the first place you can see new material from many established acts,” said Martin Witts. “It will be the place where acts give birth to new shows before moving on to the Edinburgh Fringe Festival and beyond. Whatever your taste in comedy or entertainment we promise to have something for you!” 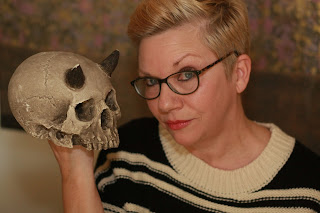 Of special interest to us is The Grumbling Gargoyle, a new show by writer Lynn Gerard being performed on 20th July with her trademark mix of dark humour, poetry and stories which promises tales of her Mother's chest stubble and nasal hair, her Gran's affection for Custard Creams and crematoriums plus her own children's effect on her ability to breast feed only under the influence of alcohol. You can read reviews of both Lynn's books, Darkness & Decadence and Musings & Mischief on our partner site at /Garbage-file.

For families, Tiddler & Other Terrific Tales is a one-hour show based on the books by Julia Donaldson & Axel Scheffler, creators of The Gruffalo and from the same team as last year’s hit show, Stick Man; Baby Loves Disco has DJs spinning feelgood chart floorfillers with nostalgic pop classics from the years before parenthood struck – for parents and babies, toddlers and young children to enjoy together; and there are several great magic shows for all the family - Morgan & West’s Utterly Spiffing Spectacular Magic Show For Kids (and Childish Grown Ups!), West End Magic & West End Magic Workshops for Children.

At the heart of the Festival is the return of The Great Yorkshire Fringe New Comedian of the Year Competition. Following in the footsteps of our highly successful, sold-out 2015 competition, over 200 acts will now compete to be crowned our 2016 champion. There will be heats throughout the Fringe, with a grand final on Sunday 31 July. Last year, Tom Taylor, aged 23 from Harrogate, was crowned the very first Great Yorkshire Fringe New Comedian of the Year. The 2016 winner will receive The Golden Pudding Award, £750, and the opportunity to perform at Leicester Square Theatre. Second place prize will be £500 and third place £250.

The full Great Yorkshire Fringe programme can be viewed here.