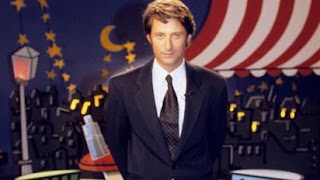 Good news, my little British chums! Antoine & co are BACK for a one off special of the late night TV  "cultural" series, Eurotrash...

As the British nation prepares to vote of the Brexit referendum on 23rd June, Eurotrash returns with édition spéciale to remind us of the many, varied and occasionally alarming cultural delights enjoyed by our European cousins.

At a time when we are deciding whether to break up with or embrace our relationship with the EU the eternally debonair Antoine de Caunes and Jean Paul Gaultier will return to remind us, their straight laced British chums, of some of the best, worst and weirdest things that Europe has offered us over the years.

Looking at European politics, fashion, art, music and sex this one-off show will celebrate the passions of those crazy continentals on our doorstep and find out exactly what they have been up in the decade since we last checked up on them.

From a brand new Eurotrash studio Antoine and Jean Paul will be joined by assorted European guests all there to remind us that, with or without them, we really are just a very sad and insignificant little island with bad food and terrible teeth.

Tim Carter, CEO Twenty Twenty Productions, says “Eurotrash is the reason most of us work in telly! I'm sure when it comes to the Referendum, it will be Eurotrash wot wins it ...for which side is anyone's guess.”