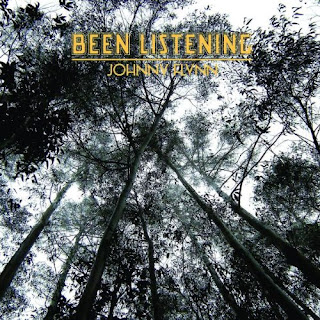 In his occasional column, SF and contemporary fiction author Neil Vogler highlights and champions creative works that he feels have been unjustly overlooked in our collective cultural memories. This time he's Been Listening to Johnny Flynn...

Lots of people have heard of Johnny Flynn – in certain circles. If you haven’t heard of him yet, allow me to be your portal into the Flynnverse...

On the nu-folk scene Flynn’s of the same generation as Mumford & Sons, though in my view he is an altogether more sophisticated and pleasingly peculiar songwriter than anyone in that famous bunch. A better contemporary comparison is Laura Marling, with whom Flynn apparently has a very close friendship.

TV comedy fans out there will likely be aware of Detectorists, Mackenzie Crook’s low-key good-natured comedy about metal detector enthusiasts that airs on BBC4, and doubtless lots of you will have admired the music that features in the show. That gentle guitar and lilting voice in the theme song belongs to Johnny Flynn. He’s been involved in a few soundtracks now – A Bag Full of Hammers is a good highlight, if you’re looking for an example – but for my money his best work so far can be found on his second full studio album, Been Listening, released in 2010.

Flynn’s a particularly interesting artist because he has two careers, both of which are very successful. On the one hand he’s a respected and accomplished actor, regularly appearing in touring productions and occasionally cropping up on TV and the odd movie. And on the other he is a fabulously talented songwriter who sounds like no-one else and writes songs that have genuinely been lodged inside my head for days at a time.

The selfish music fan in me would prefer that he ditch acting and write songs full-time, but it’s obvious to anyone that’s read an interview with the man that in his case, the one creative discipline feeds the other. Perhaps it’s precisely because he’s an actor that Flynn seems to pay so much attention to his words, and delivers them in such a unique and articulate way. Theatricality and playfulness are defining features of his lyrical performances, but it never feels overdone or out of place; Flynn always come across as authentic. He’s a storyteller, and everything he does is in service of the story he’s telling. Put bluntly, he can pretty much get away with anything.

It’s hard for me to put my finger on what it is I like so much about Flynn’s music, because there’s something indefinable about his songwriting ability. It might be the way he – and his band, the Sussex Wit – drop melodies into the songs in unusual ways; it might be the wordplay, which revels in cleverness and unique turns of phrase; it might be the texture of Flynn’s voice or the playful intelligence evident within the songs; or it might be that it sometimes sounds like he’s a weathered but still good-humoured old man singing witty and strange songs with a young man’s voice. What you’re probably getting from all this is: I don’t exactly know how Flynn does what he does. All I know is, Been Listening is a great album.

It starts with ‘Kentucky Pill’, and it’s a hell of an opener, full of quotable and evocative lyrics like “there’s believing, and there’s taking off your hat...” and packed full of wit and wry little observations. Yet the song still somehow manages to feel somehow innocent and gentle. The album starts on this high note and keeps getting better.

Been Listening is full of highlights – the title track itself, Barnacled Warship, The Water, The Prizefighter and The Heiress – but, if I may trot out an overused phrase, there isn’t a bad track on this album. In purely musical terms, I think Barnacled Warship – with its stunningly unexpected, simple and beautiful chorus – is probably my favourite, but it’s a close-run race.

I could pepper this article with my favourite Flynn lyrics, but I always feel that’s so reductive. As usual, the best way to understand what makes Flynn such a good performer, and what makes Been Listening such a great record, is to listen to the album.

If you’re lairy of anything with a folk (or nu-folk) label on it, I suggest putting your prejudices aside and getting hold of Been Listening (and indeed, Flynn’s entire catalogue) ASAP. There really isn’t anyone else quite like him.