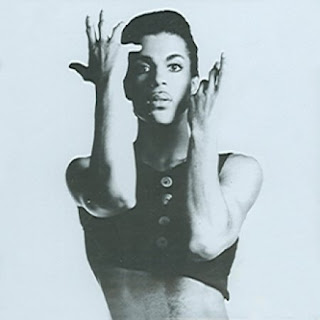 Tony Cross finds the world a little colder today with the death of Prince...


God Damn you 2016. Yesterday I wrote about the passing of Victoria Wood. Today Prince.

Yes, Prince is dead and I can't believe it. The man seemed to be so alive. Everyone dies. We all know that.

And on cue the radio station in the bar I'm sat in had just started playing Purple Rain and I found myself crying.

The first Prince album I ever bought was Around The World in a Day but it was my friend Nick that really introduced me to Prince. I can't think of Prince without thinking of Nick.

Now the radio is playing Diamonds & Pearls and it is almost unbearable.

I only saw Prince live once. That was at the O2. He was magnificent. He played every song I could have wanted him to play. He even played 'Sometimes It Snows In April', which I think is my favourite Prince slow song. It seems horribly apt today. I'm going to play it when I get home and have a cry.

It's weird when famous people who you've never met die and it hits you this hard but Prince's songs are a soundtrack to my life. They remind me of friends, of University, of inappropriate dancing, of weddings, of love songs written for the love unrequited. They remind me of the lost world of Compilation tapes and the weirdness of Alphabet Street being only one track on the CD so you couldn't randomise it. They remind me of being young.

Perhaps that's the reason. Or perhaps it is the fact that the mortality of the famous reminds us of our own mortality and of those close to us. Everything ends.

I remember buying Prince's back catalogue. Listening to those early albums and revelling in their exuberance and confidence.

I've got brilliant track after brilliant track running through my head. He could play almost every instrument but is one of the greatest of guitar players. He was rude. He was obstreperous. He was clever. He was an astonishing talent.

He was prolific as hell. Apparently there are hundreds of unreleased tracks in the Paisley Park vaults. Perhaps their release will help us when we think of the songs we will never hear. The lost music.

There's a famous Al Pacino speech in some sports film or another, which is usually played as a motivational thing but there's a line in it that I think of now when I think about 2016: "As you get older things get taken from you..."

I'm 45 now. My past is detaching itself like icebergs. I'm sadder about Prince's death than I probably should be but in the end Prince was there. One of the regular artists in the soundtrack of my life. Talented beyond belief he'll be missed.

"Sometimes It Snows In April"

I wrote this hoping it would help me feel better about it. It doesn't.