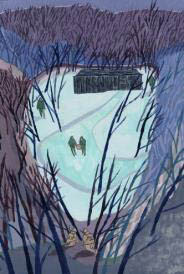 The V&A has announced a shortlist of 14 candidates for its annual Illustration Awards...

A panel of judges comprising author Dame Jacqueline Wilson, Patrick Burgoyne, editor of Creative Review and Annabel Judd, head of design at the V&A have chosen their favourite entries in three categories: Book Illustration, Book Cover Illustration, and Editorial Illustration. The separate category of Student Award is judged by Ruth Prickett, the editor of Illustration magazine and Rafi Romaya, the art director of Canongate Books.

Shortlisted work across the categories ranges from a haunting cover for The Folio Book of Ghost Stories by David McConochie, illustrations published in the wake of the November 2015 Paris attacks by Bill Bragg for The Guardian and Coralie Bickford-Smith’s illustrations for The Fox and the Star, inspired by the graphic work of William Morris.

The winner in each category for published illustration will receive £3,000 and a trophy. For the first time, the overall winner will receive an additional £5,000 and be honoured with The Moira Gemmill Illustrator of the Year Prize.

The winner of the Student Illustrator of the Year 2016 will receive £3,000 and a trophy and the runner up will receive £2,000. The student awards are open to anybody who has attended an illustration course in the UK during 2014 or 2015.

The winners will be announced at the Illustration Awards Ceremony at the V&A on 23 May 2016. The award-winning artworks will be displayed outside the V&A’s National Art Library from 24 May until 21 August 2016. 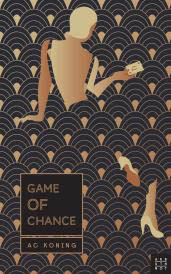 The shortlisted entries are:

The V&A Illustration Awards were established in 1972 and previous winners include Posy Simmonds, Ralph Steadman and Michael Foreman.